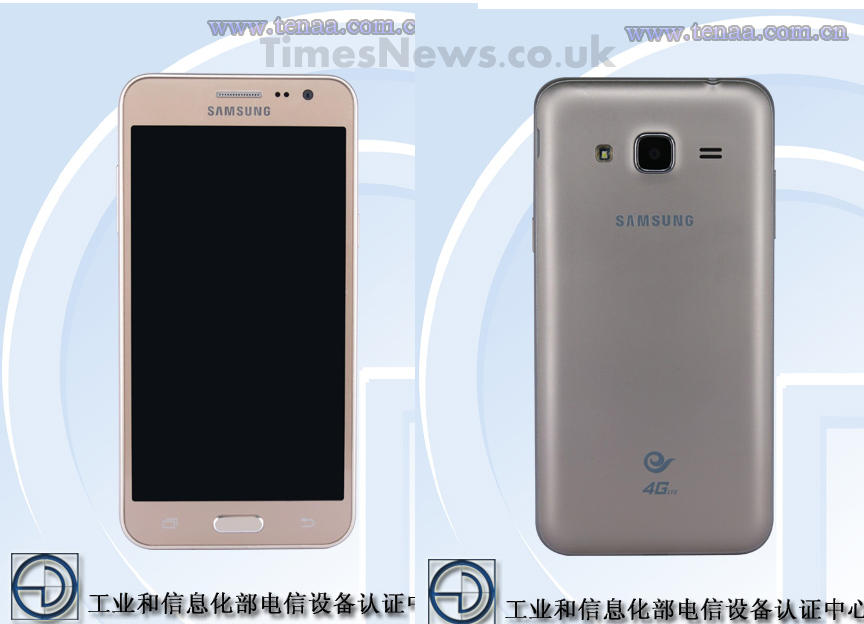 Samsung Galaxy J3 rumored specifications are confirmed via TENAA listing which includes a 5-inches OLED display with 1280 × 720 pixel resolution and is powered by a 1.2 GHz Quad-core processor that is confirmed as a 64-bit Snapdragon 410 processor via GFXBench. It has 1 GB of RAM and 8GB inbuilt storage with up to 64 GB expandable storage capacity.

In TENAA listing, Galaxy J3 is showing as running on Android 5.1.1 OS but Samsung may launch it with Marshmallow instead of the Lollipop. It features an 8-megapixel rear CMOS sensor camera and a 5-megapixel front facing camera with 720p video recording. There will be a 2600 mAh battery with Ultra Power Saving Mode for long playback and standby time.

Samsung Galaxy J3 has also passed the 3C certification in China along with TENAA.

The price of the Galaxy J3 is expected to be around $101 as we saw it listed on Indian import/export website. So, we may expect Samsung to launch the Galaxy J3 in upcoming days and we can see an announcement from the Korean giant soon. Stay tuned.