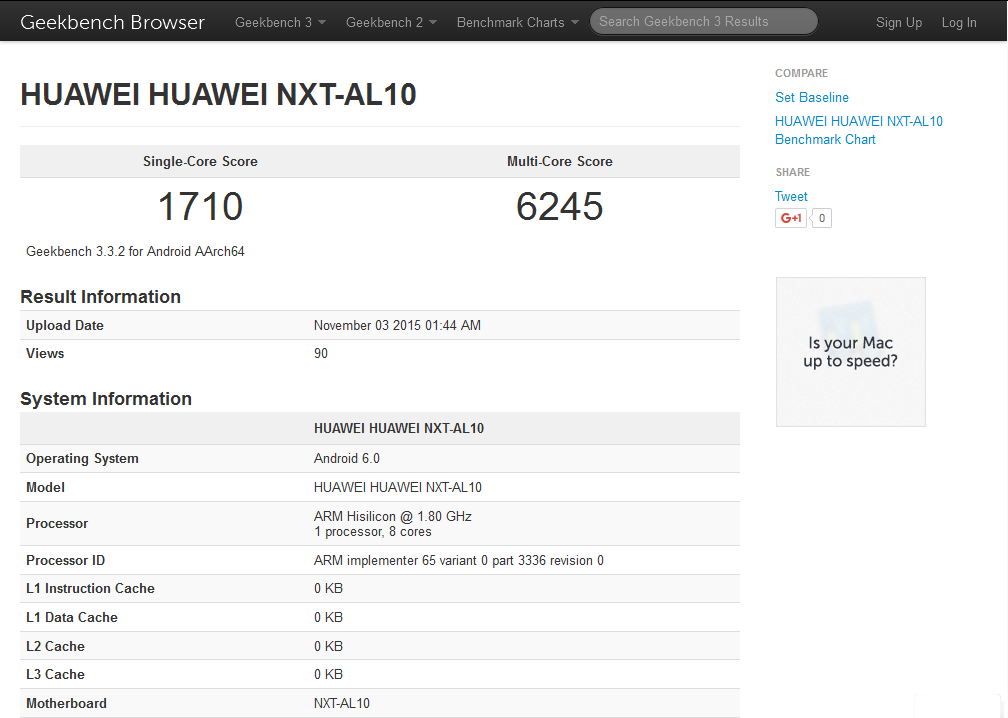 There is still no information about its battery but its expected to have a large 4000 mAh battery or even bigger battery. Rumors also suggests that Huawei mate 8 will have dual SIM support and will also have a microSD memory card slot with unknown expandable storage. Other connectivity options available will be NFC, Bluetooth, GPS etc with a fingerprint reader.

Huawei is also going to unveil the new Kirin 950 processor on 5th of November that is going to have TSMC’s 16nm process, 2.4GHz octa-core including 4 cores of Cortex-A72 at 2.4GHz and 4 cores of Cortex-A57 with ARM Mali T880 GPU and LPDDR4 RAM support. It comes support of cameras up to 42-megapixel and it also comes with a self-developed ISP and i7 coprocessor and support for LTE Cat.10 standards.