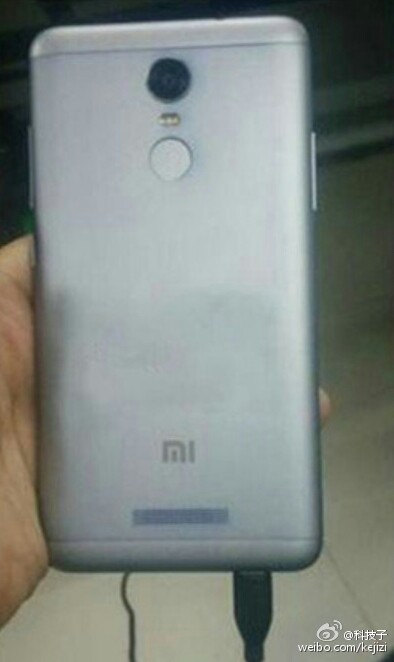 Xiaomi’s new device Redmi Note 2 Pro was recently leaked online when a user posted the images of the phone on Weibo. The leaked images confirmed a fingerprint sensor on the back below the rear camera. We may see the launch of the new Redmi Note 2 Pro anytime in November as the phone has now 3C certification in China.

A new series of Xiaomi smartphones with model 2015617, 2015611 and 2015056 has been listed on the 3C certification website database which are surely the new Redmi Note 2 Pro series smartphones. The database also includes the Mi 2014816 device that was recently certified by TENAA.

Redmi Note 2 Pro rumored to have same specifications like Redmi Note 2 phone that includes a 5.5-inch display with 1080×1920 pixel resolution that has a 401ppi pixel density. It is powered by a MediaTek MT6795 SoC that comes with an octa-core 2.2GHz CPU and PowerVR G6200 GPU with 2GB of RAM.

It has 32GB of inbuilt storage with expandable storage slot. It features a 13-megapixel rear camera with a 5-megapixel front-facing camera. A 3060mAh battery is expected and it will run on Android 5.1 OS but there are high chances of the new Android 6.0 Marshmallow instead.

Redmi Note 2 Pro will have full metal body will also have support for the Fingerprint scanner and we can expect the launch of this phone along with the much awaited Xiaomi Mi 5 next month.