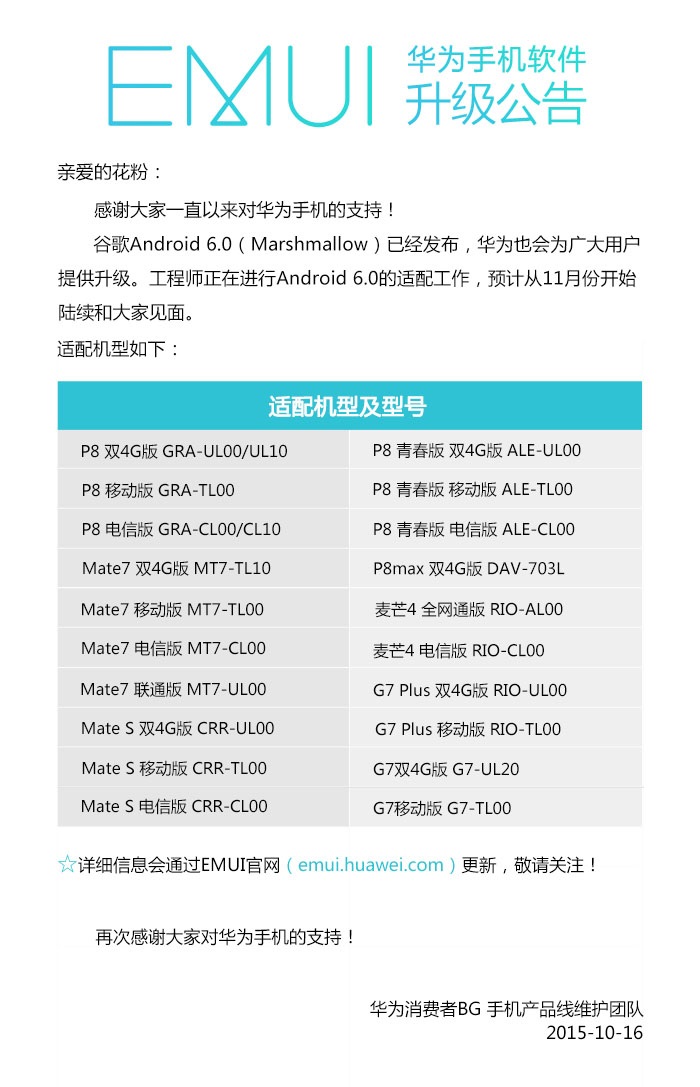 These devices will get the Android 6.0 marshmallow based EMUI OS update as scheduled by Huawei, but its expected that company will start the rollout to the listed devices in phases starting this month end.

Huawei, however, hasn’t listed the newly launched smartphone Huawei Enjoy 5 in the list who runs on Android 5.1 based EMUI OS out of the box. But as its a new device, we can expect Huawei to roll the new Android 6.0 marshmallow to Enjoy 5 as well. The list may differ from the list of devices available globally.

So, if you are a Huawei device owner and looking for Android 6.0 marshmallow update, then keep checking your device for new update this month. Do share with us if you receive the update notification with some screenshots from your updated devices via contact us form. Stay tuned.