OnePlus X To launch in The OnePlus’s October 29 Event 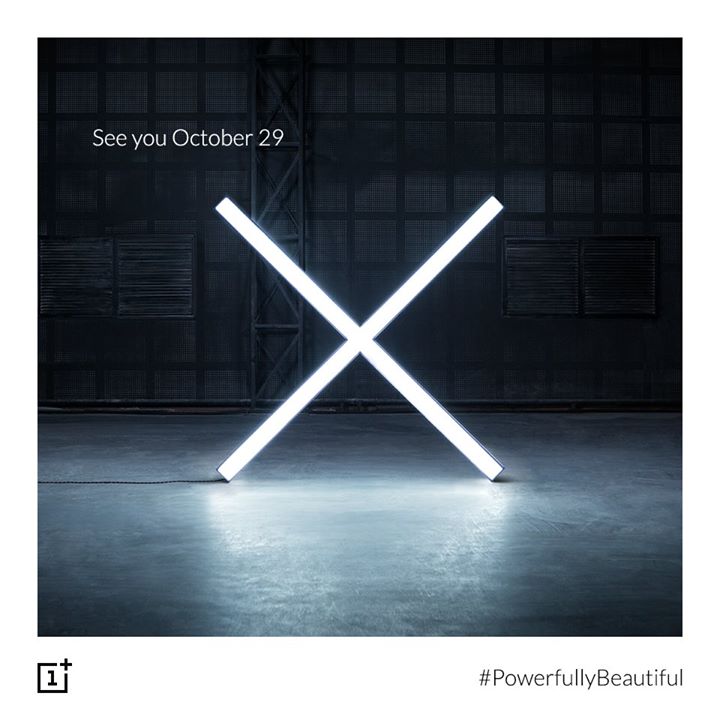 The much awaited and rumored Oneplus X is expected to launch on October 29 as OnePlus India has posted a teaser on its Facebook page. The teaser clearly shows the “X” in a picture hinting towards the OnePlus X launch. The teaser reads as “See you October 29” followed by a big capital “X” alphabet.

OnePlus X was also found listed on China’s certifications site TENAA with full specifications. The phone was spotted listed with name One E1001 on TENAA. The lisiting confirms the specifications of the phone which are a 4.99-inches OLED display with 1080×1920 pixel resolution.

It is listed in Black color on TENAA with 138 g weight and 140×69×6.9 mm dimensions. It is powered by a 2 GHx quad-core processor with 3GB of RAM and 16 GB of inbuilt storage capacity with up to 128 GB expandable storage capacity.

The listing further suggests that OnePlus X will feature a 13-megapixel rear CMOS camera with 1080p recording and an 8-megapixel front facing camera. It will run on Android 5.1.1 OS out of the box.

There is no information available about the battery of this phone in the TENAA listing but rumors says that it will have a 2450mAh battery and 4G LTE support. It is also rumored to have ‘SideTouch’ technology, used by MI 4c, by which the users can launch apps or the camera app by touching the left-side of the screen.

So we have to wait until this month end to check if OnePlus launches the OnePlus X phone or not. See you in the event. Stay tuned.