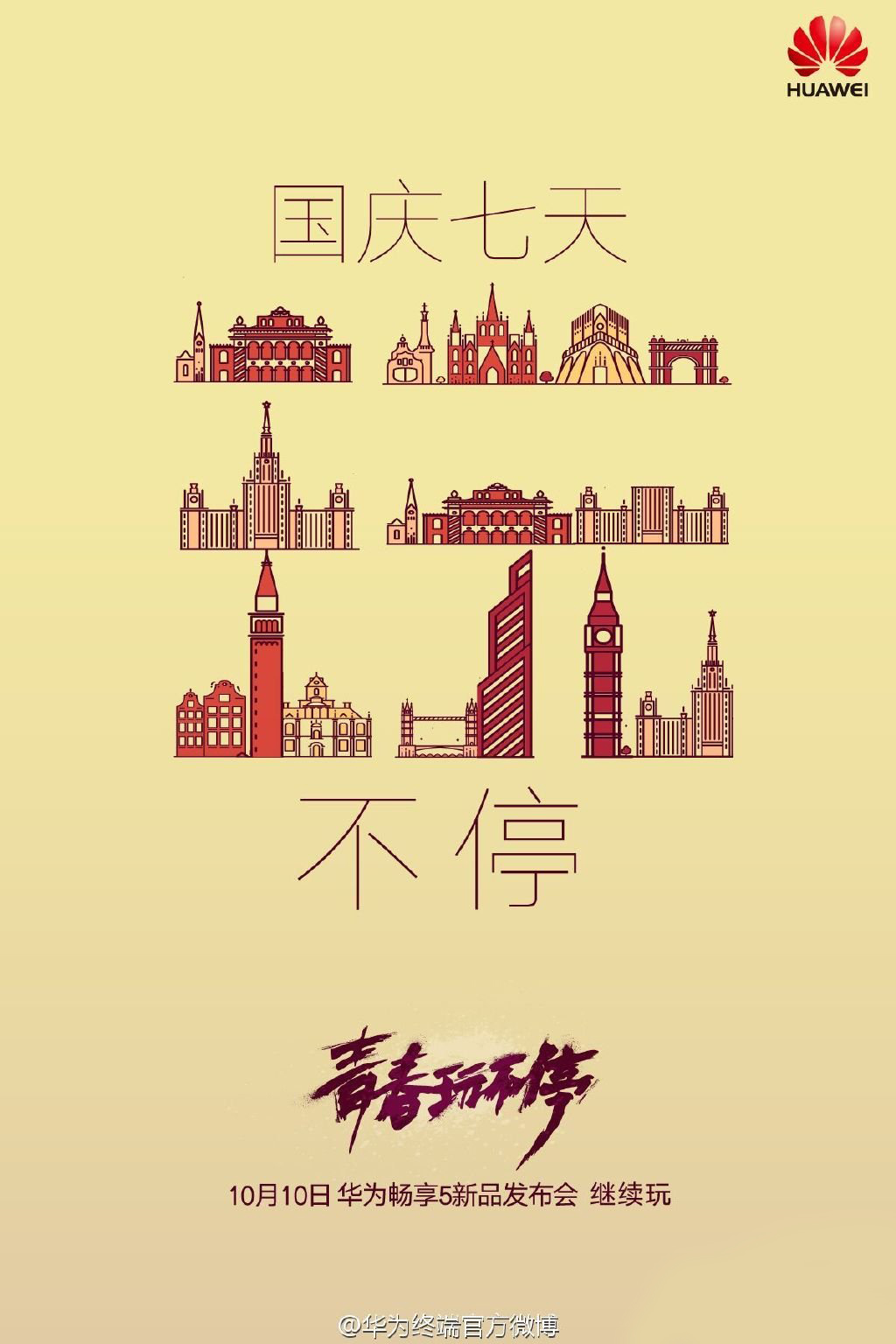 Chinese manufacturer, Huawei, has officially, sent out invites and confirmed via their official Weibo account that it is going to hold an event on October 10 in Beijing . In the event titled,”youth playing non-stop“, the company is expected to announce new devices including the new Huawei Honor Play 5X smartphone in the budgeted price range and most probably, the Huawei P9.

Huawei Honor Play 5X will be powered by a 1.3GHz MediaTek MT6735 quad-core processor and comes with a 5-inch HD display. It will have 2GB of RAM and 16GB of internal storage with unknown size expandable Micro SD storage slot. It features a 13 megapixel rear and 5 megapixel front facing camera and will run on the Android 5.1 operating system out of the box.

Huawei is also rumored to launch the Huawei P9 smartphone in two variants LTE and Delux in the event, as the back images of the phone got leaked. The P9 is expected to launch with dual rear camera with dual sensor and LED flash, fingerprint sensor and Kirin 950 SoC.

See you in the Huawei event on October 10. Stay tuned for more updates.