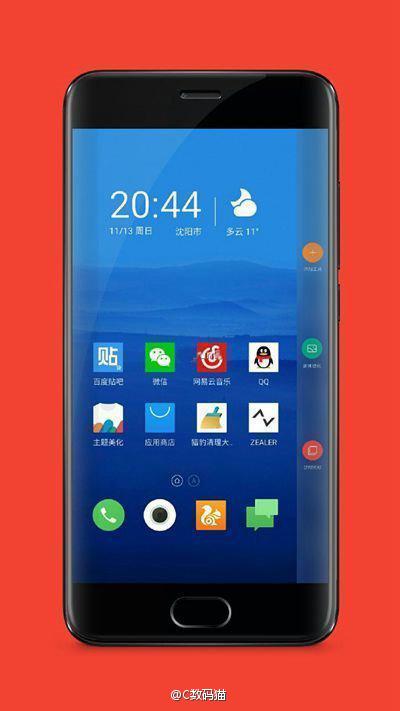 Some leaked images confirmed some of the rumors of the upcoming Meizu flagship Meizu Pro 7 few days back. A new image from the device have been leaked now that shows the clear view of the front panel of the device. If we check the leaked image, it confirms that it comes with a physical home button on front panel below the 5.7-inch display. It comes with a curved dual edge display that is rumored to come with a 4K screen with 3840×2160 pixels resolution. The device has the power and volume buttons on the right side, however, no other details were outed by the leaked image.

The Meizu Pro 7 is rumored to come with a 5.7-inch 4K display having 3840×2160 pixels resolution. The source also says that this device will have 8GB of RAM and will be powered by a deca-core MediaTek X30 processor. It will have a titanium alloy body and is expected to feature a 12-megapixel rear camera featuring the Sony IMX362 sensor with 1.4 micron pixel size. It will have a similar design like the predecessor and will also feature a ring flash on the rear side.