Samsung Galaxy S7 Edge getting another update in India 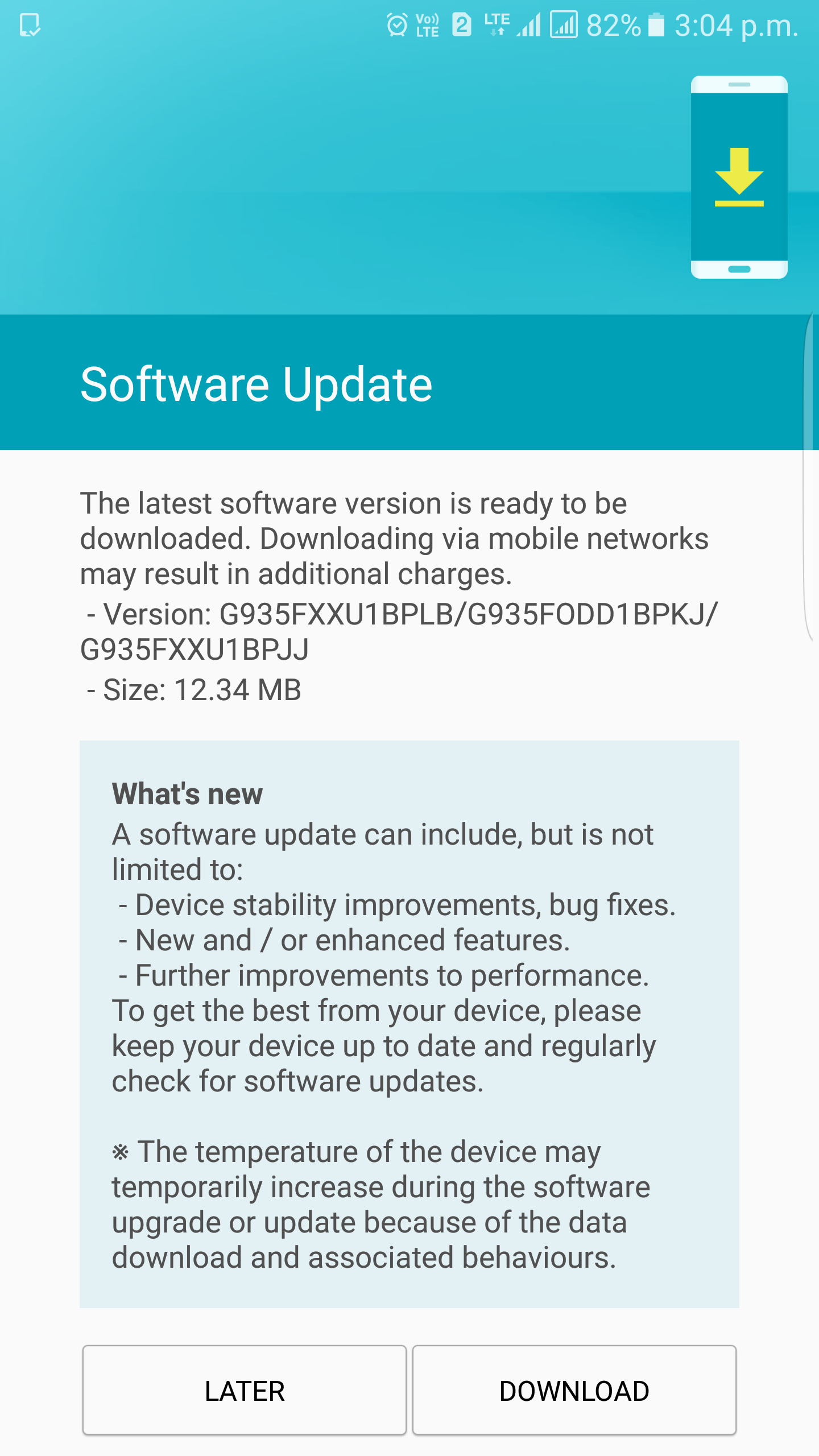 Samsung recently started rolling the December security update for the Galaxy S7 Edge smartphone in India and now the company is pushing another minor update to the device that weights around 12MB in size. The change log with the update screen shows that this update comes with device stability improvements, bug fixes, new or enhanced features and further improvements to the performance of the device. We are not able to find any changes in the device system however, the device built number is changed from G935FXXU1BPL2 to G935FXXU1BPLB.

We are not sure if this update is rolling out to the Galaxy S7 units also or not. The Korean giant is expected to roll out the Android Nougat 7.1.1 update to the current flagship devices Galaxy S7 and Galaxy S7 Edge skipping the Android 7.0 and Android 7.1 updates. The Android Nougat beta update is currently rolling to the flagship devices in US and China and the new features that the Nougat update will bring to the Samsung Galaxy flagship device includes App shortcuts, multi-window mode and others. Samsung will also replace the Samsung Touchwiz to Samsung Experience adding new abilities and features.