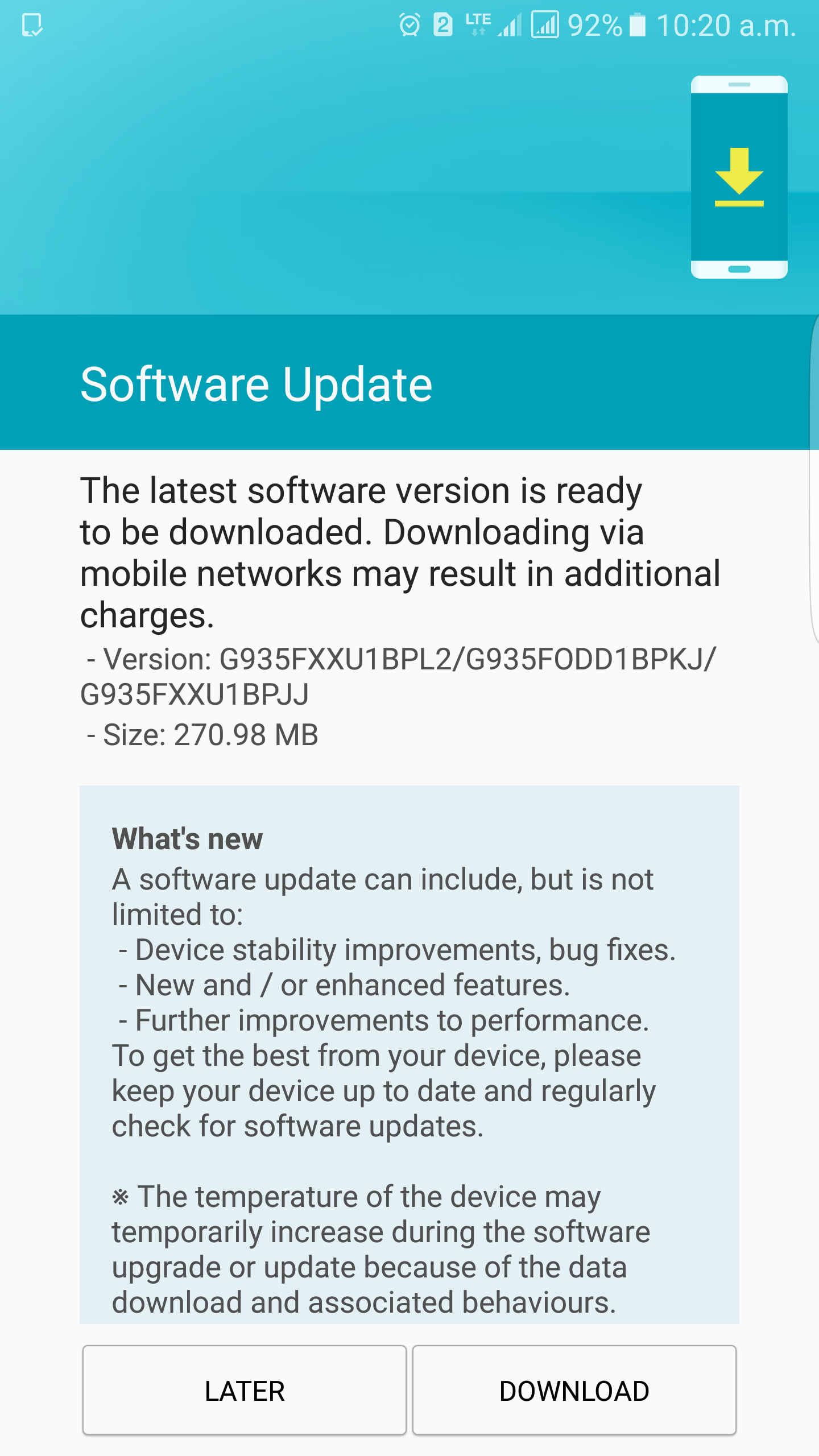 After rolling out November security update to the flagship devices, Samsung has started rolling the December Security Android update to the Galaxy S7 Edge users in India. This update was rolled out in the regions like Australia and some other regions. The update weights 270MB in size and comes with the new built number G935FXXU1BPL2. This update brings device stability improvements, bug fixes and enhancements. This update also brings performance improvements as well. Th update is hitting to the model number SM-G935FD in India and other model numbers might also be getting the update.

The Galaxy S7 Edge was launched in India in March this year along with Galaxy S7. It comes with a 5.5-inch QHD Super AMOLED display and is powered by Samsung’s octa-core Exynos 8890 SoC. It has 4GB of RAM and 32GB inbuilt storage capacity with up to 256GB expandable MicroSD card storage with the help of Hybrid Dual SIM. It features a 12-megapixel Dual Pixel rear camera with f/1.7 aperture, smart OIS and a 5-megapixel front camera with f/1.7 aperture. It runs Android 6.0 Marshmallow OS and comes with IP68 rating for dust and water resistance. It is backed up by a 3600mAh battery.

The company is expected to roll out the Android Nougat 7.1.1 directly to the flagship devices Galaxy S7 Edge and Galaxy S7 skipping the Android 7.0 and Android 7.1 updates. The Android Nougat beta update is currently rolling to the flagship devices in US and China. The new features that the Nougat update will bring to the Samsung Galaxy flagship device includes App shortcuts, multi-window mode and other changes as well. Samsung will also replace the Samsung Touchwiz to Samsung Experience adding new abilities and features.