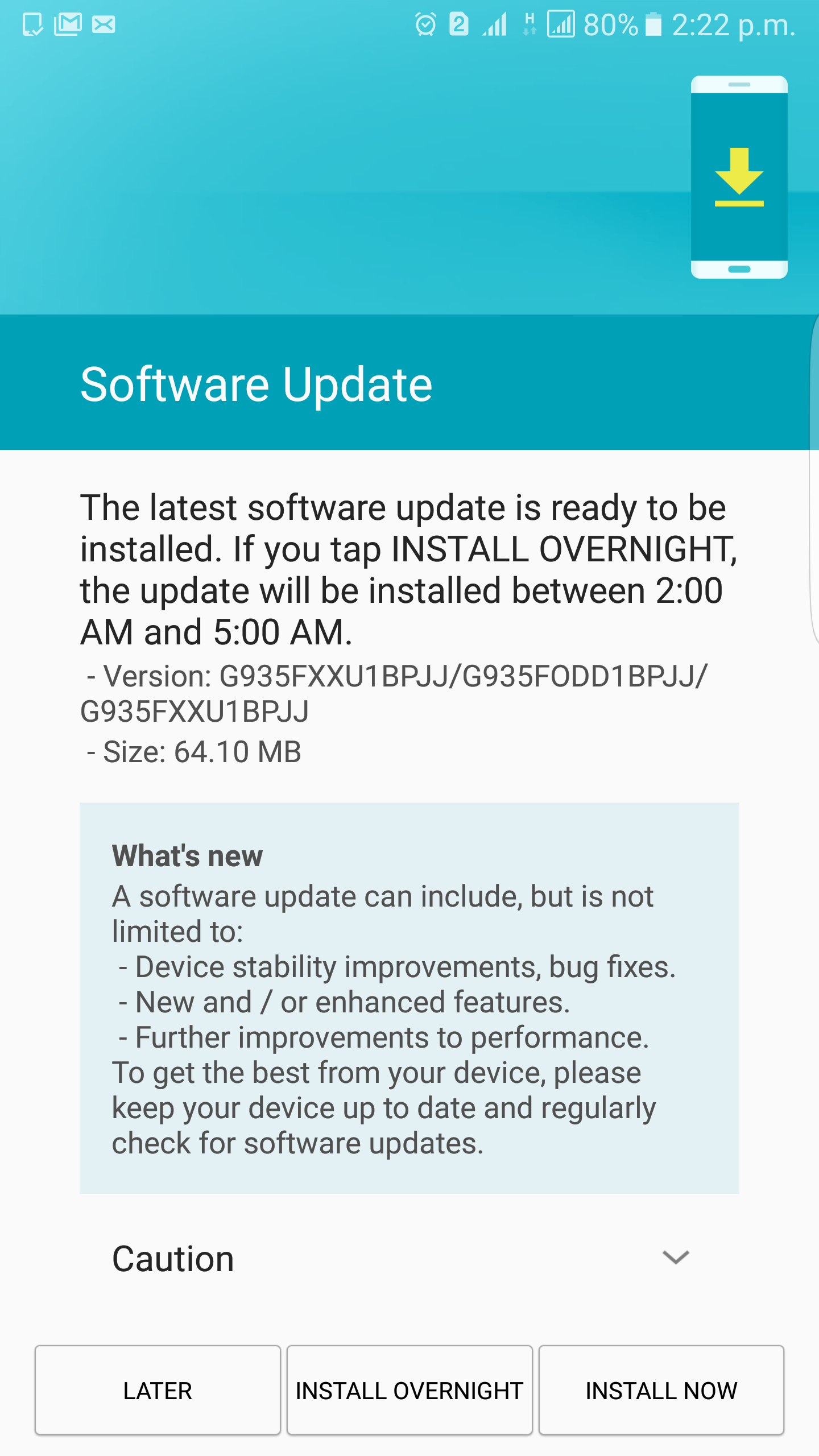 Samsung has started pushing a new update to the flagship device Galaxy S7 and S7 Edge in India. This update brings the November security patch and bumps the build number of the device to XXU1BPJJ and weights around 64MB in size. This update comes with bug fixes, stability improvements, new enhanced features and performance improvements as well. .

The Galaxy S7 Edge has 4GB of RAM and 32GB inbuilt storage capacity with up to 256GB expandable MicroSD card storage with the help of Hybrid Dual SIM. It features a 12-megapixel Dual Pixel rear camera with f/1.7 aperture, smart OIS and a 5-megapixel front camera with f/1.7 aperture. It runs Android 6.0 Marshmallow OS and comes with IP68 rating for dust and water resistance. It is backed up by a 3600mAh battery.