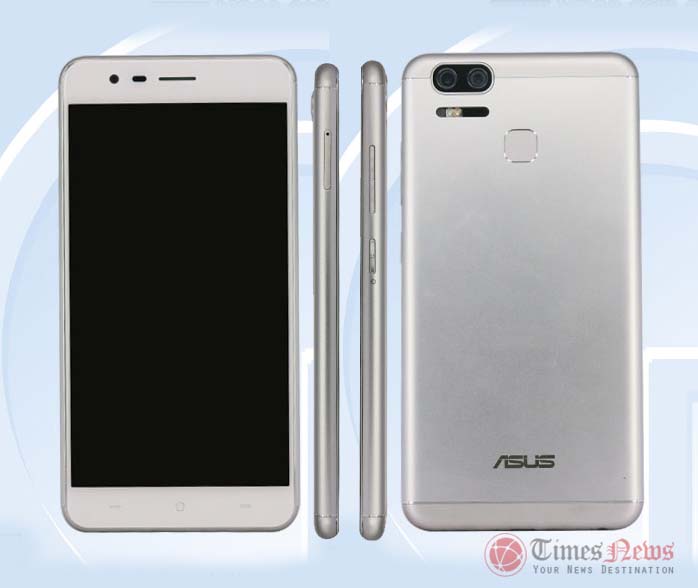 Update: It’s a Snapdragon 625 processor as revealed by Bluetooth approval listing of the device.

Asus yesterday announces their event for the CES 2017 event titled ‘Zennovation‘ where the company is expected to launch Qualcomm Snapdragon powered devices and we can expect some SD835 powered smartphones to launch in this event. Now, a new device has now passed the TENAA regulatory authority of China that shows a dual-rear camera, a fingerprint scanner on the rear side and an octa-core processor that might be the Snapdragon 835, we are not sure about that. The design of the phone is also different from the Zenfone lineup, so it might be launched as other phone.

At TENAA, the ASUS_Z01HDA comes with a 5.5-inch AMOLED full HD display with 1920×1080 pixel resolution and is powered by a octa-core 2.0 GHz processor and we can expect to to be the newly launched SD835 processor. The device comes with multiple variants having 2GB, 3GB and 4GB RAM and 16GB, 32GB, 64GB inbuilt storage options with the support of up to 32GB expandable storage via MicroSD card slot. It runs on the Android 6.0.1 Marshmallow OS out of the box. A fingerprint scanner is available on the rear side.

It features a dual-rear camera setup if we check the images available in the TENAA listing but the listing shows only two cameras in total with a 16-megapixel rear camera with dual-tone LED flash and a 13-megapixel front facing camera. The device might be having a 16-megapixel dual lenses on the rear side or a 16MP+13MP combo. It is powered by a large 4850mAh battery and connectivity options includes 4G VoLTE, 3G, Bluetooth, GPS, WiFi and other standard options. It measures 154.3 × 77 × 7.99 mm and weights 170 grams. Color options includes Navy Black, New Crafts Silver and Luxury Gold.

The latest high-end device from Asus is the Zenfone 3 Deluxe that is powered by the SD821 processor launched in July this year. Other specs of the device includes a 5.7-inch Full HD Super AMOLED display, a Quad-Core Snapdragon 820 / Snapdragon 821 processor with Adreno 530 GPU, 6GB of RAM with 64GB/128GB/256GB internal storage with microSD expandable storage, Dual SIM, Android 6.0 (Marshmallow) with Zen UI 3.0, a 23-megapixel rear camera with dual-tone LED Flash, an 8-megapixel front-facing camera, a 3000mAh battery with Qualcomm Quick Charge 3 and 4G LTE with VoLTE support.