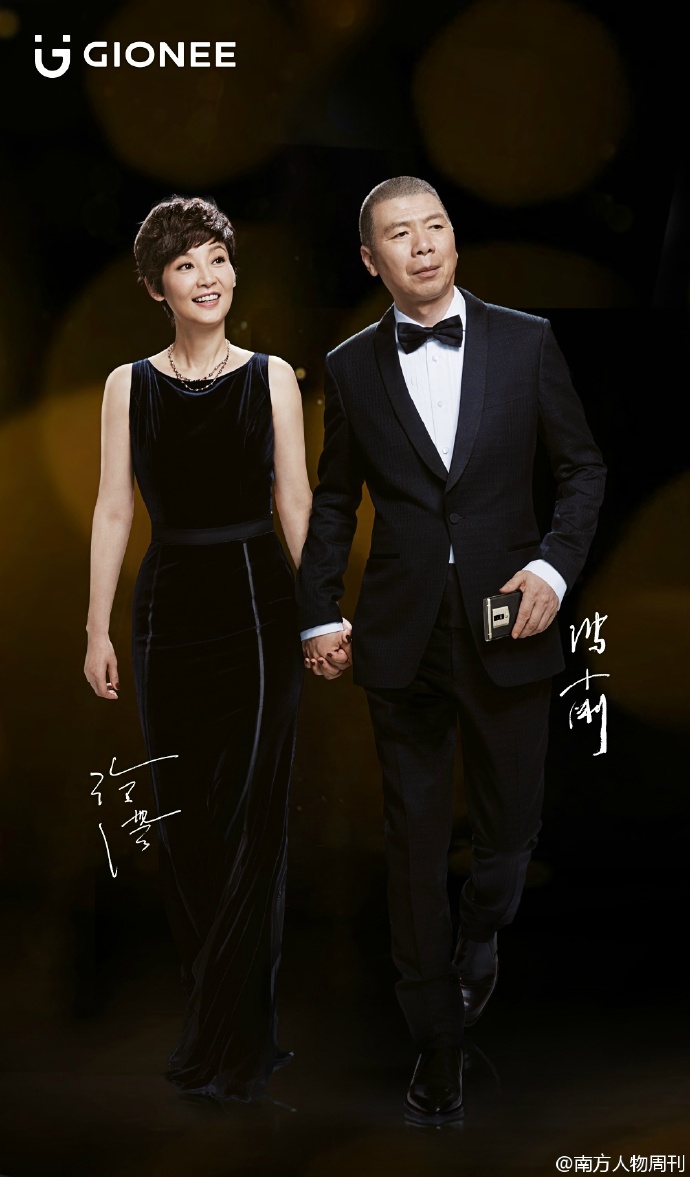 Chinese company Gionee has released the first teaser of their upcoming smartphone Gionee M2017 that has already got the TENAA approval in China few days back and the real images of the device were also leaked online. The device has already got the AnTuTu listing ehich also lists some of the specs but the TENAA listing confirms every spec of the device along with the images. The new poster posted by Gionee features Chinese actress-director couple Xu Fan and Feng Xiaogang with Feng holding the device in his hand that’s similar to the M2017 design.

The Gionee M2017 is now expected to release soon and the company will announce the event date on their weibo account soon. The main attraction of this new Gionee phone is its super huge battery which is a 7000mAh powerhouse and will surely make this phone a real beast. As for the specs, the Gionee M2017 was spotted listed at AnTuTu with features such as a QHD display having 2560×1440 pixel resolution and it will be a 5.7-inch display as revealed by the TENAA listing. It is powered by the Snapdragon 653 processor with Adreno 510 GPU. It has 6GB of RAM and 128GB of inbuilt storage capacity. It runs on the Android 6.0.1 Marshmallow OS out of the box. It features a 13-megapixel and 12-megapixel dual rear camera along with an 8-megapixel front facing camera.

At TENAA, the Gionee M2017was listed with a a 5.7-inches QHD AMOLED dual curved edges display with 2560 × 1440 pixels resolution and will be powered by a 1.95GHz octa-core processor which might be the MediaTek Helio P10 processor having a true octa-core 64-bit Cortex-A53 CPU for fastest performance and a dual-core 64-bit Mali-T860 GPU for graphics. It comes with 6GB of RAM and 128GB of inbuilt storage capacity with no expansion MicroSD card slot. TENAA listing further confirmed that it runs on the Android 6.0.1 Marshmallow OS out of the box and dual-SIM.

It features a dual rear camera setup with a 12-megapixel and a 13-megapixel lenses and a dual-tone LED flash. The device also comes with an 8-megaixel front facing camera. It has a massive 7000mAh battery as we discussed earlier that might give longer battery backup. It comes with connectivity options like 4G LTE with VoLTE, 3G, Infrared, Bluetooth, Micro USB, WiFi and other connectivity options. A fingerprint scanner on the front panel is available below the display. It measures 155.2×77.6×10.65 mm and weights 230 grams. Color options includes Black only.