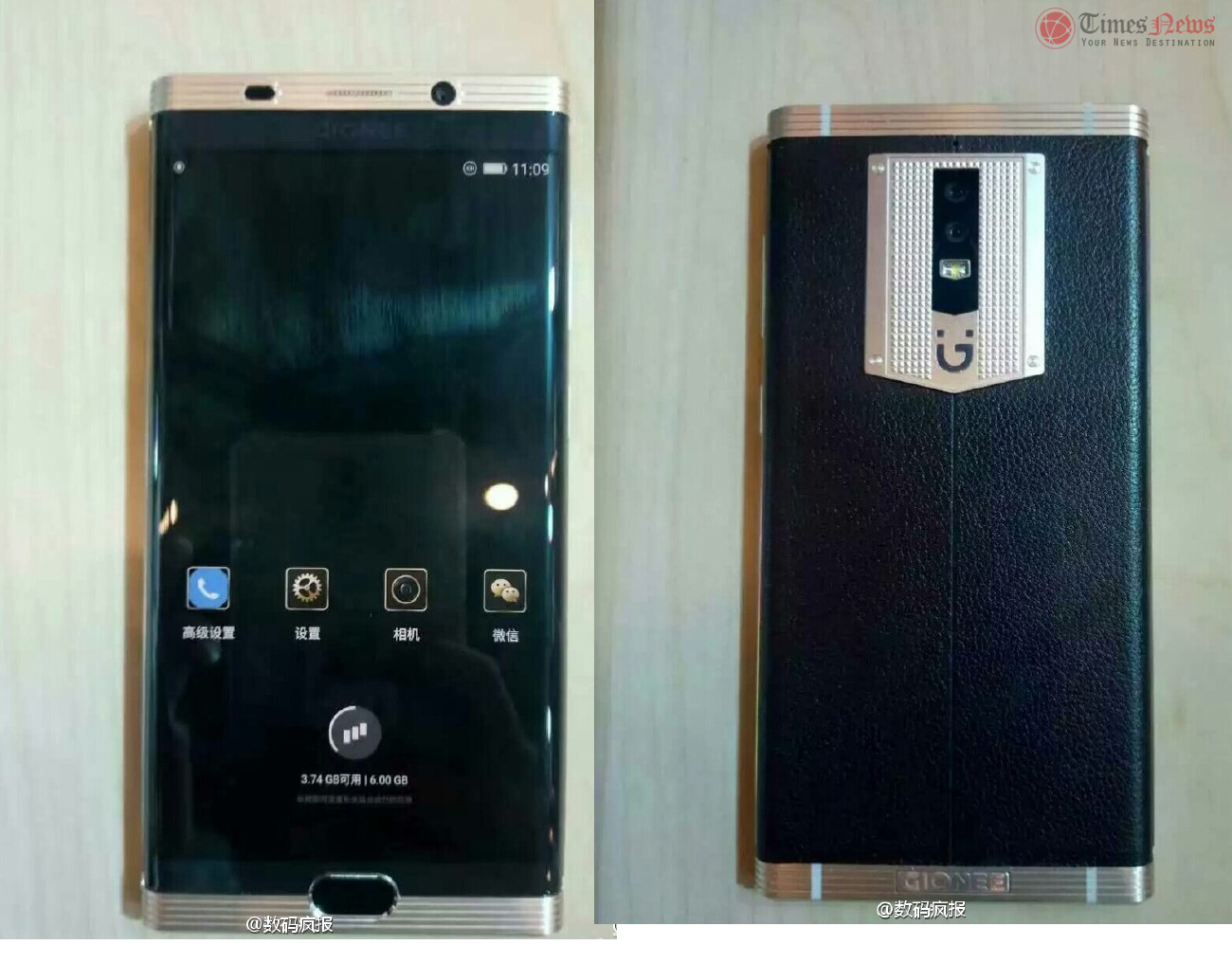 Update: This clamshell device will be launched as Gionee M2017 instead of Gionee W2017.

Gionee is the most popular Chinese brand in the Chinese mobile phone industry after Xiaomi, LeEco and Meizu and the company is also gaining popularity in some of the Asian countries with its smartphones. The company has launched many new phones in the past one year including the newly launched Gionee S9. The company has also launched some flip phones in the past including the Gionee W909 that was launched back in March in China. The company is now expected to launch yet another flip phone soon in China rumored as Gionee W2017 with a dual curved display.

A Chinese user on weibo has posted some images from the upcoming Gionee W2017 clamshell device that comes with top-end specifications with a Mediatek processor. The Gionee W2017 might be the successor to the Gionee W909 flip phone that was also having top-end specifications. The Gionee W909 was having a single rear camera lens but this new Gionee flip-phone will feature a dual-rear camera with dual-tone LED flash if we check one of the leaked images from the device.

The leaked images shows the device from both front and back sides. It has a plastic finish on the rear side for better grip and an aluminum frame on top and bottom. The leaked images also confirms that this new device will feature dual displays (internal and external) with the external one having a curved dual edge display design. The Gionee W2017 will be powered by a MediaTek Helio P10 processor that also powers the Gionee W909 and comes with a true octa-core 64-bit Cortex-A53 CPU for fastest performance and a dual-core 64-bit Mali-T860 GPU for graphics.

The leaked image also confirms that it will have 6GB of RAM and will also feature a fingerprint scanner on the external display. The leakster has however hasn’t shared any other details from the clamshell device and we now have to wait for more leaks or at least the TENAA listing of the device for more information on the specs of the device. The pricing details and launch details of the device are also unknown at the moment.

Samsung has also launched a clamshell device in China last month that comes with a similar name Samsung W2017. So, this might be the move by Gionee to compete with the Samsung’s W2017 flip-phone that was launched with latest Snapdragon processor and 4GB of RAM. If we compare both, then Gionee has a better display with dual curved edges and and a better camera with dual lenses. So let’s see when Gionee launches this new flip phone in the smartphone market. Stay tuned.