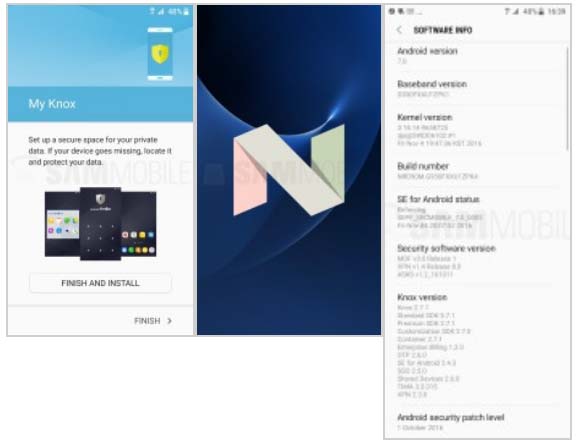 Samsung has finally started rolling the beta version of the Android 7.0 Nougat OS in the home country of South Korea and UK. Samsung recently launched the Galaxy Beta program app in the Galaxy App store which was available to download for the users of UK, Korea and some other regions as well. Recently, the Korean giant was confirmed to start the beta update rolling process of Android 7.0 Nougat from November 9th and now its rolling out in Korea and UK.

To participate in the beta program, the users have to download the official Samsung Members application from the Play store or from the Galaxy Apps store and once installed these users have to register for an invitation to join the beta by filling in a request form. In South Korea, the update is available for the carriers SKT, KT and LG U+. The Galaxy S7 edge Olympic edition and Batman Injustice Edition are exempted from participating in this beta program.

The new Android 7.0 Nougat update brings new features to the Galaxy S7 units that includes new built-in Emojis, Vulkan API for gaming, Improved Doze, new notification panel and many other new features and improvements as well. Sammobile has posted some screenshots from the beta Android 7.0 on the Galaxy S7 and s7 edge phones. This beta update bumps the firmware of the phone to G930FXXU1ZPK1. Four new software performance modes are now available in the beta software that includes Normal, Game, Entertainment and High Performance.