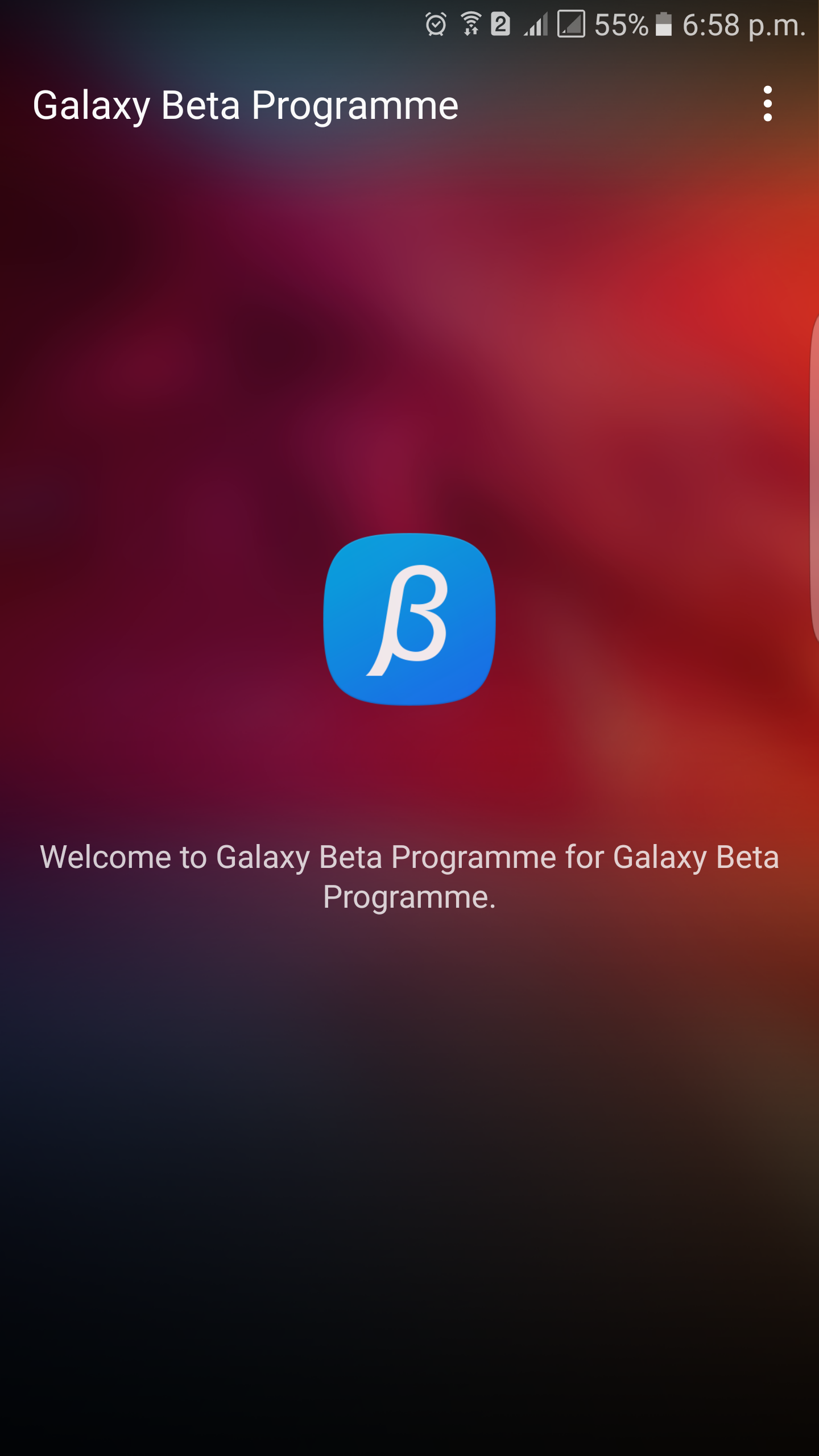 Samsung has recently uploaded the Galaxy Beta Program app on the Play store and then pulled it down for some reason leaving behind the indications that the Android Nougat update will soon arrive for the Galaxy S7 units at least in the UK before the year end. The app is still available to download as some folks at Xda developers downloaded the app before it was pulled down from the Play store.

I have also installed it on my Galaxy S7 Edge but its not letting me register and is giving the server error from last few days. But a good news now is that Samsung might start the Galaxy Android beta update program starting next month on November 9th in the UK. The Nougat update will be beta tested from the 9th of November until mid December if we check the page. A FAQ page for the Beta program is available on the official Samsung website that confirms the same.

It says that you need to download the app from the Galaxy app store and sign up for the program and you must have a Samsung account in order to complete the registration. The official page also confirms that the users owning the Galaxy S7 edge Olympic edition and Batman Injustice Edition will not be able to participate in this Beta update program while the other unlocked Galaxy S7 units owners can register for this program. Other FAQs are available on this official page and you may want to look at it if you have a Galaxy S7 device in the UK.

The new Android 7.0 Nougat update brings new features to the Galaxy S7 units that includes new built-in Emojis, Vulkan API for gaming, Improved Doze, new notification panel and many other new features and improvements as well. We can expect that the stable update will also follow after the beta testing gets finished.