Gionee S9 images appears on TENAA, check them out here 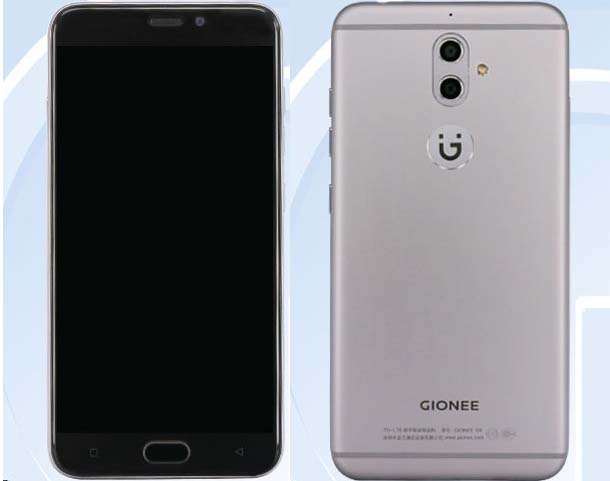 The TENAA listings previously confirmed that the Gionee S9 will have a 5.5-inch full-HD IPS display with 1920 × 1080 pixel resolution and will be powered by a 1.8 GHz octa-core processor that might be a MediaTek or a Snapdragon processor. It comes with 4GB of RAM and 64GB of inbuilt storage capacity with up to 128GB of expandable MicroSD card storage capacity. It runs on the Android 6.0 Marshmallow OS out of the box and will support Dual-SIM as well.

It features a dual-rear camera with 13-megapixel and a 5-megapixel sensors with an LED flash. There will also be a 13-megapixel camera available on the front panel. IT will be backed up by a 3000mAh battery and connectivity options includes 4G LTE, GPS, Bluetooth, USB, WiFi and FM Radio support as well. It measures 154.2 × 76.4 × 7.4 mm and weights 166.5 grams. It comes with Gold color option.

The Gionee S9T will have similar specifications like the S9 but have some differences in the specs like it has a 2.0 GHz processor clock speed than 1.8 GHz and it comes with Black color option than the Gold one. The Gionee S9T is little bulky from the S9 as it weights 200.8 grams and we can expect that it might be the premium variant of the device.