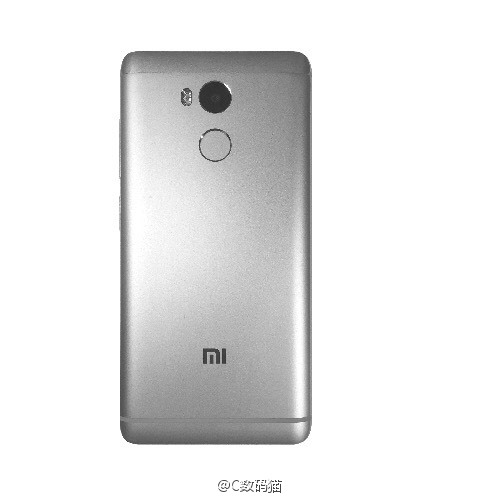 Xiaomi ‘s upcoming Redmi series device Redmi 4 got the TENAA approval last month that revealed the device images and specifications in full. Now the device has been surfaced in some leaked images on weibo that shows the device from front and back. The leaked images again confirms a fingerprint scanner on the rear side that was previously confirmed by the TENAA listing.

The device features a full metal body and comes with the model number Xiaomi 2016060. The leaked images shows the device has been listing on a Chinese carrier with pricing and all other details. The TENAA listing for the Xiaomi Redmi 4 previously confirms the specifications of the device that includes a 5-inch TFT full-HD display with 1920 × 1080 pixel resolution and is powered by a 1.8GHz octa-core Qualcomm Snapdragon 625 processor with Adreno 506 GPU.

It comes with 3GB of RAM with 32GB of inbuilt storage capacity with up to 128GB expandable MicroSD card storage. It runs on the Android 6.0.1 Marshmallow OS based MiUi 8. It features a 13-megapixel rear camera with LED flash and a 5-megapixel front facing camera. The device is expected to support Dual SIMs and will be powered by a large 4000mAh battery.