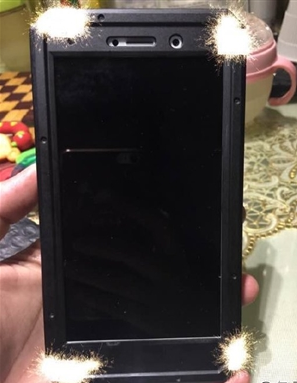 Not longer after we heard of an imminent launch for the Huawei Mate 9 billed for November 9 in Germany, a new set of renders of the expected Huawei Mate 9 flagship has surfaced online. Huawei didn’t specifically indicate on the invite that tit would be launching the Mate 9 but it is obvious the Mate 9 is the next big thing that could come out at this point in time to ensure Huawei continues its sales drive before year runs out.

The Huawei Mate 9 is coming as a successor to the Mate 8 released last year and the leaked photos reveal the device would make a worthy successor. Already, we had gotten leaked render of the Mate 9 rear camera which is tipped to be a dual set up and indeed this new render which is of the entire device has lent credence to previous leaks. Apart from the dual rear cameras, the rear mounted fingerprint sensor can also be spotted just under the dual cameras and a single-tone LED flash is by the side of the camera.

The device is likely a sample copy as revealed on the texts at the back and is encased in what should be a protective shell. The image took some blurring on all four edges, perhaps to mask the entire design from public glare but the edges seem to be curved ones. Apart from the fact the the device seem to be without any color coating, no much is revealed on the render after all. However we can take this as an indication that the Mate 9 would likely hit the market pretty soon.

The Huawei Mate 9 code-named Manhattan is said to come with an 8MP front-facing camera and a 20MP rear dual cameras with OIS support. The device is said to be powered by the Kirin 960 chipset, along with 4GB of RAM and another version with 6GB RAM. The device is said to also use the USB Type-C interface, and has built-in iris recognition among other features. The device is also tipped to run on the Android 7.0 Nougat OS out of the box.