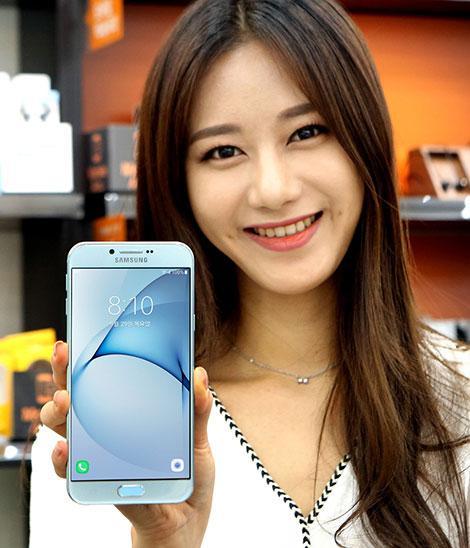 After several months in the news, appearing on GFXBench, AnTuTu and Geekbench benchmarks, Samsung Galaxy A8(2016) has finally been released in South Korea, Samsung’s home country. Design wise, the Galaxy A8 (2016) resembles its predecessors but comes in an all-metal unibody and pack higher specs than last year’s Galaxy A8.

The device also looks a little similar to the Galaxy S series devices, sporting a curved glass design at the back and also a 2.5D arc glass up front. The device comes with a 5.7-inch Super AMOLED display with Full HD resolution and is powered by Samsung’s Exynos 7420 processor. The processor is complemented by a 3GB RAM and on board is a 32GB internal storage space.

on the camera terrain, the sleek Samsung Galaxy A8 (2016) features a 16-megapixel rear-facing main camera with LED flash and up front, there is an 8-megapixel selfie snapper. The device also comes running Android 6.0 Marshmallow operating system out-of-the-box and lighting up the device is a generous 3500mAh battery. The Galaxy A8 (2016) also comes with a fingerprint sensor, 3.5mm headphone jack, USB interface and supports Samsung Pay.