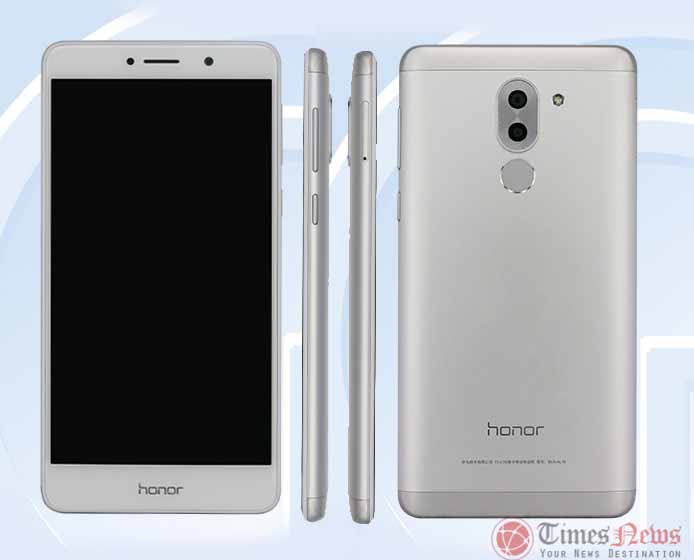 Huawei Honor 6X first landed TENAA around mid-September gifting us just image renders of the device viewed from all sides without any other information apart from the Model number BNL-AL10. We have now got what looks like the same device but with a different model number on TENAA and this time around, the specifications of the device is listed along with the renders.

On TENAA this time around, the Huawei Honor 6X is listed with model number BLN-TL10 but taking a closer look at the device, we could tell it is the same Honor 6X we first saw weeks back. The dual camera set up at the rear and rear-mounted fingerprint scanner are also on this one as well as both having the same design. Of course dual cameras at the rear are not yet the industry standard so we don’t get devices with such every time. In addition, the device comes with a rear that isn’t having an all-metal design. Both the top end and bottom end at the rear are made from plastic material while the rest of the body are metal fabricated.

According to the TENAA listing, the Honor 6X comes in as a 5.5-inch device powered by a Kirin 650 chipset. On the memory aspect, the device comes with 3GB of RAM, 32GB of internal storage and there is a 3340mAh battery under its hood. Going further, the Huawei Honor 6X is listed as packing an 8MP front-facing camera and at the rear, the dual cameras are said to have a 12MP sensor for the primary shooter and 2MP for the secondary camera which would likely provide depth of field. The device will also come with full network support.

Huawei is expected to officially unveil the Honor 6X around mid-October and Huawei is said to have begun production in four of its factories inside China. Also since it is being mass produced, there are speculations  that the device would adopt a cheap price tag.