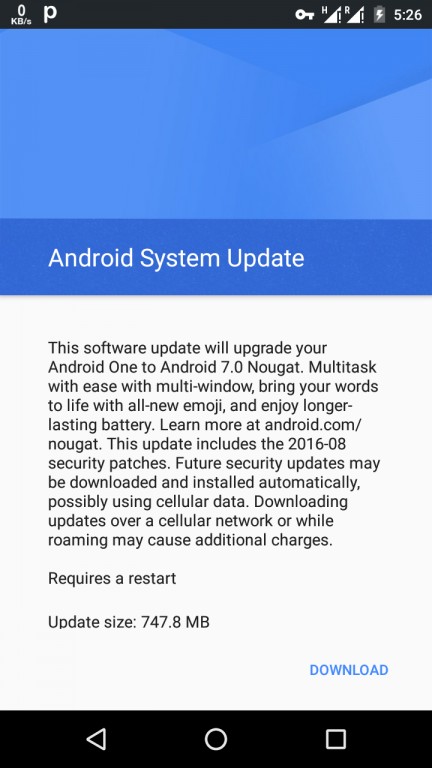 As the update has started arriving for the Android One devices, we may see other Android One devices in the queue soon that will get the update. This update weights 748MB in size for the Cherry Mobile G1 phone and might vary according to the devices. The new Nougat update comes with number of new features, new look and enhancements that makes it the most reliable mobile OS in the world.

If you are using a Android One device and you haven’t received the update as of yet, you need to check for the update manually. For that go to the mobile settings>>about phone>> check updates to update your device now to the Android 7.0 Nougat OS. If you have received the update on your Android One phone, do let us know and comment below with more details or you can contact us with the screenshots and we will update this post accordingly.