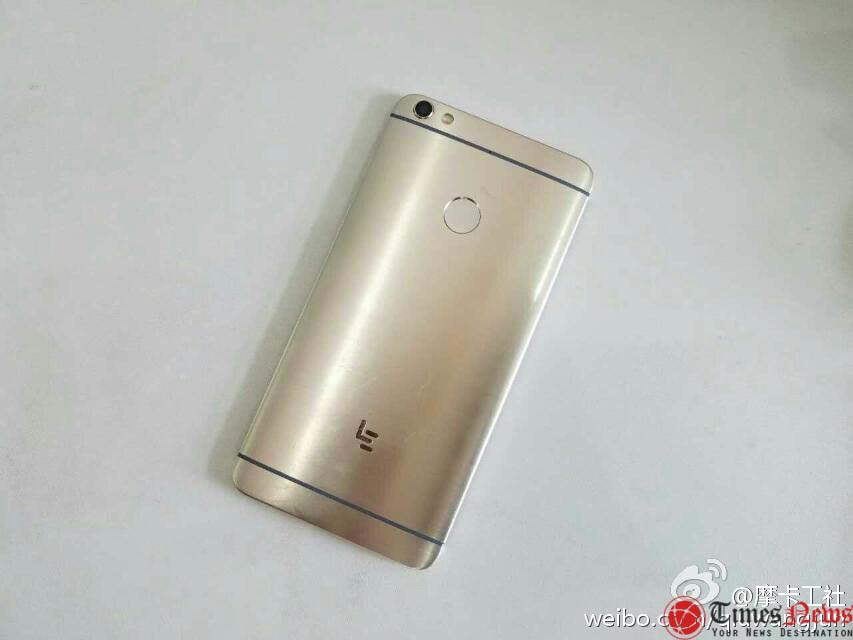 The TV maker company from China, LeEco (formerly LeTV), has got huge success not only in China but in some other regions with its smartphones that comes with top-end flagship category specification with affordable price tag. The company launched the LeEco Le Max 2, LeEco Le 2 Pro and LeEco Le 2 in April this year with high end specs and lower prices.

The Chinese manufacturer is rumored to launch two new devices with latest Snapdragon processor Snapdragon 821. This includes LeEco Le 2S, that was leaked previously in images and was rumored to use 8GB of RAM. Now, another smartphone with the similar name has been spotted in leaked images on weibo and is said to be the LeEco Le 2s Pro and one of the leaked image also shows off the model number LeX720 for this device.

The leaked images shared by the weibo user confirms that this device comes with a rear LED flash camera with a single lens and also has a round shape fingerprint scanner on the rear side. The power and volume buttons are available on the right side of the phone. The front panel image from the device was not leaked by the weibo user, so we don’t have any info about its front panel.

The leaked image from the CPU-Z app from this device confirms the model number LeX720 and it also says that this device features a 5.46-inch full-HD display with 1080×1920 pixels resolution. It is powered by the msm8996 processor which will be the Snapdragon 820 SoC. It also comes with 4GB of RAM and 32GB inbuilt storage capacity.

This device with model number LeX720 was also spotted listed at AnTuTu benchmark with the Snapdragon 821 SOC. In the AnTuTu listing it was listed with Android 6.0 Marshmallow OS with a full-HD display having the resolution of 1920 x 1080 pixels. It is powered by the msm8996 Snapdragon 821 SoC with Adreno 530 GPU. It has 4GB RAM and 32GB inbuilt storage. It features a 16-megapixel rear and 8-megapixel front facing camera. No other details were listed in the AnTuTu benchmark.