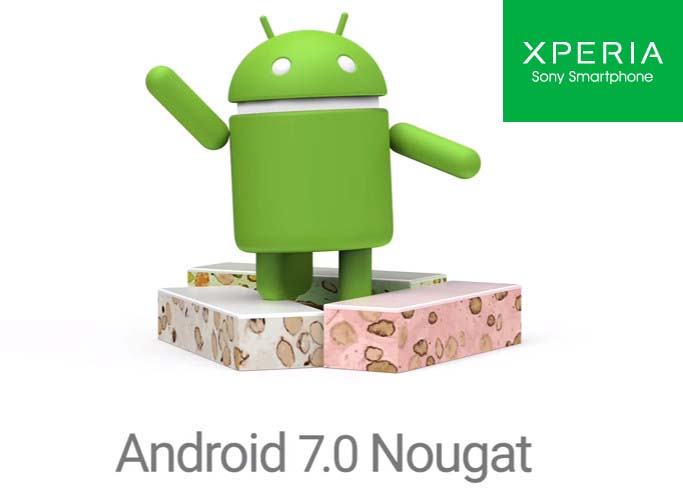 Yesterday, Google launched its next version of the Android OS called Android 7.0 Nougat that comes with new features and look. The Search engine giant started rolling this new Android OS update to the Google Nexus devices yesterday. Today, Sony also announced its plans for the Android Nougat update. Today In an official blog post the company announces which of their devices will get this update first in the upcoming months in phases.

Sony posted that the Android 7.0 Nougat update will be rolled out to the following devices:

So these 9 devices will get the update first and you can notice that there are number of Sony Xperia flagships absent in this list including Xperia Z3, Xperia Z2 and Xperia Z1. There is no information available if these device will get the Nougat update or not. The list published by Sony will get the update but the company hasn’t provided any time frame for the rollout of this update. More details about this update and the available features will be reveled by the company at the time of the rollout.

“We’ve been working hard to bring this major update to as many of our devices as possible, as quickly as we can. We’re really excited about the new Sony features & functionality and the improvements we’ve made to the user experience – and we’ll be sharing more soon” said Sony in a blog post.