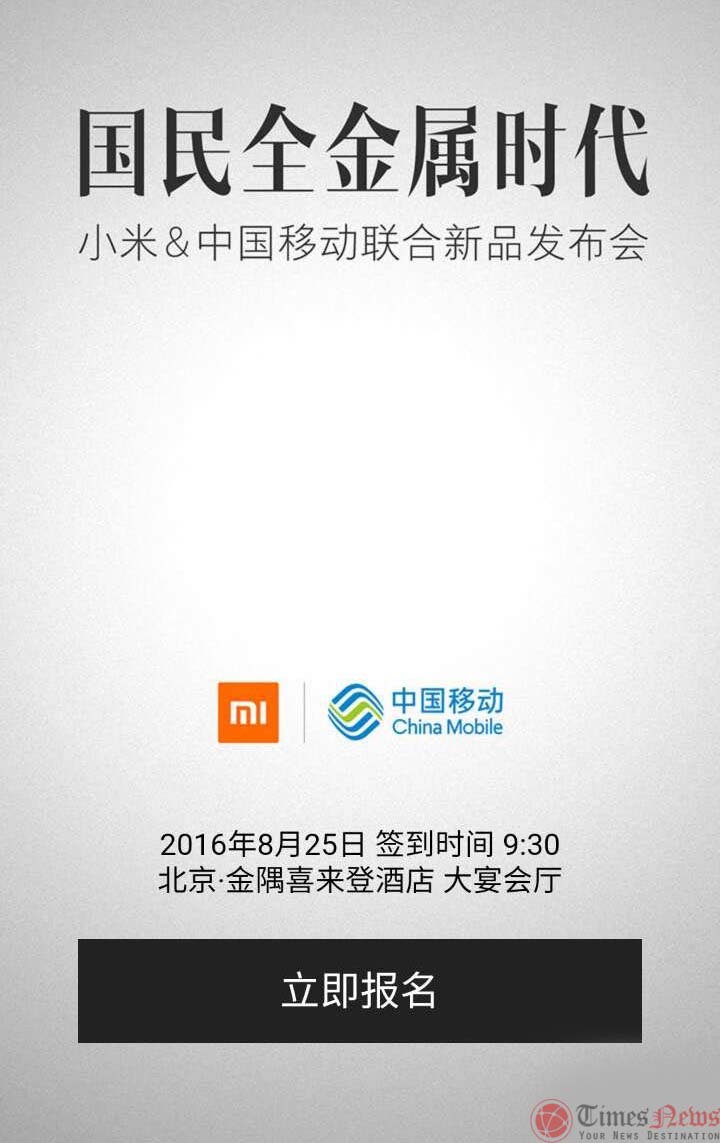 Today, two new devices from Xiaomi with model numbers Xiaomi 2016050 and xiaomi 2016060 got the TENAA approval that were said to be the Redmi Note 4 and Redmi 4 variants. A new teaser has now leaked online confirming the August 25th unveiling of the Xiaomi Redmi Note 4 device. China Mobile and Xiaomi will jointly launch this new device in this event that comes with “National full metal Age” slogan if we translate the Chinese text to English available in the leaked teaser. A leaked image from the Redmi Note 4 box (see below) has also confirmed some of the rumored specifications.

If we check the leaked box image, it confirms that the Xiaomi Redmi 4 will have a 5.5-inch display and will be powered by the 2GHz MediTek Helio X20 deca-core processor that is also listed on TENAA for model number MI 2016050 confirming it to be the Redmi Note 4 device. Further the leaked box image confirms a 4100mAh (typ) /4000mAh (min) battery.

The Redmi Note 4 (MI 201650) was spotted at TENAA with features like 5.5-inch TFT full-HD display with 1920×1080 pixel resolution and it is powered by a 2GHz deca-core processor. It comes with 2GB / 3GB RAM and 16GB/ 64GB inbuilt storage options. It also comes with MicroSD card expandable storage slot with up to 32GB of storage. It features a 13-megapixel rear camera and a 5-megapixel front facing camera.

It comes with a 4000mAH battery and is listed with Gold, silver and gray color options. It measures 151 × 76.3 × 8.54 mm and weights 176.54 grams. It supports 4G LTE, 3G, Infrared, Bluetooth, GPS, WiFi and other connectivity options along with FM Radio support. We have to wait for the images to appear in the TENAA listing before the unveiling on 25th August. Some images of the Redmi Note 4 were leaked few days back, Check them here.

Another option is the Xiaomi Redmi 4 device that also got the TENAA approval with Redmi note 4 today. It comes with a 5-inch TFT full-HD display with 1920×1080 pixel resolution and is powered by a 1.8GHz octa-core processor that is expected to be the Snapdragon 625 SoC. It comes with 3GB RAM and 32GB of inbuilt storage capacity with no expandable storage option. It runs on the Android 6.0.1 Marshmallow based MIUI.