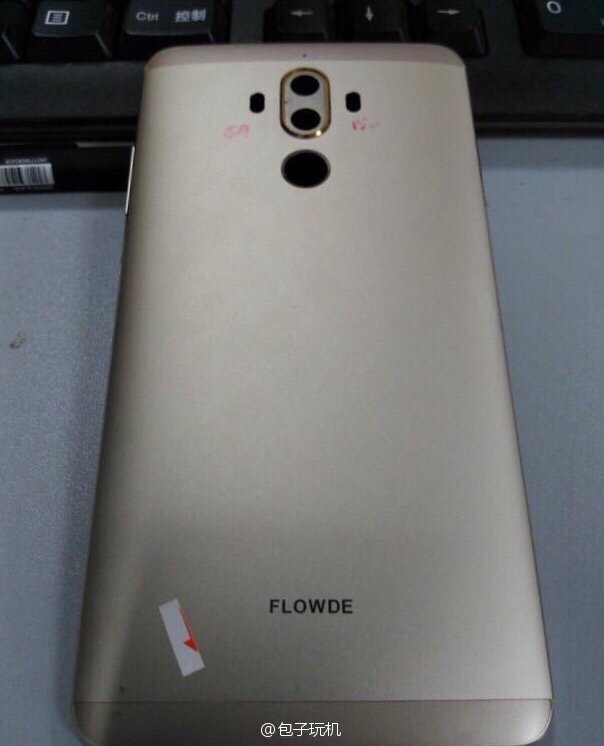 As we already know that the Huawei’s latest flagship Huawei Mate 8 was launched last year with top-end specifications and affordable pricing tag. The company is holding a press conference on September 1st in Berlin at IFA 2016 and is going to launch new smartphones in this event. The rumors claims that the company will launch the new flagship device Huawei Mate 9 in this official event as this is the best event to show off new devices.

The alleged Huawei Mate 9 smartphone, that was spotted couple of days on GFXBench with top-end specifications, have been leaked in new images now. A weibo user has posted a couple of images from the Huawei Mate 9 Chassis that confirms some of the specifications of the device including a dual lens camera with dual LED flash on the rear side of the device. Actually, there are two LED flashs, one on the left and the other on the right side of the dual-lenses. The leaked chassis images also confirms a fingerprint scanner on the rear side.

The Huawei Mate 9 was spotted at GFXBench with features such as a 5.9-inch full-HD display with 1920 x 1080 pixels resolution that looks like a phablet category display size. It is powered by the octa-core 2.6GHz HiSilicon Hi3660 (Cortex A53 – ARMv8) processor with ARM Mali-T880 GPU. The Hi3660 chip also confirms that the Mate 9 will be launched with the unannounced Kirin 970 chipset. The Kirin 920 was having the serial number Hi3630, Kirin 930 was having Hi3635 and Kirin 955 was having Hi3650 serial number, as its serials so the Hi3660 is likely the new higher chipset clocked at 2.6GHz as against 2.5GHz found on the Huawei P9 flagship.

It has 4GB of RAM and 64GB of inbuilt storage capacity. It runs on the Android 7.0 Nougat OS out of the box and might support dual-SIMs. It features a 12-megapixel rear LED-flash camera with an 8-megapixel front facing camera. The device also comes with other features that includes GPS, Bluetooth, WiFi and a number of sensors. No other details were confirmed by this GFXBench listing, so we have to wait for the official confirmation or the TENAA listing of this device.