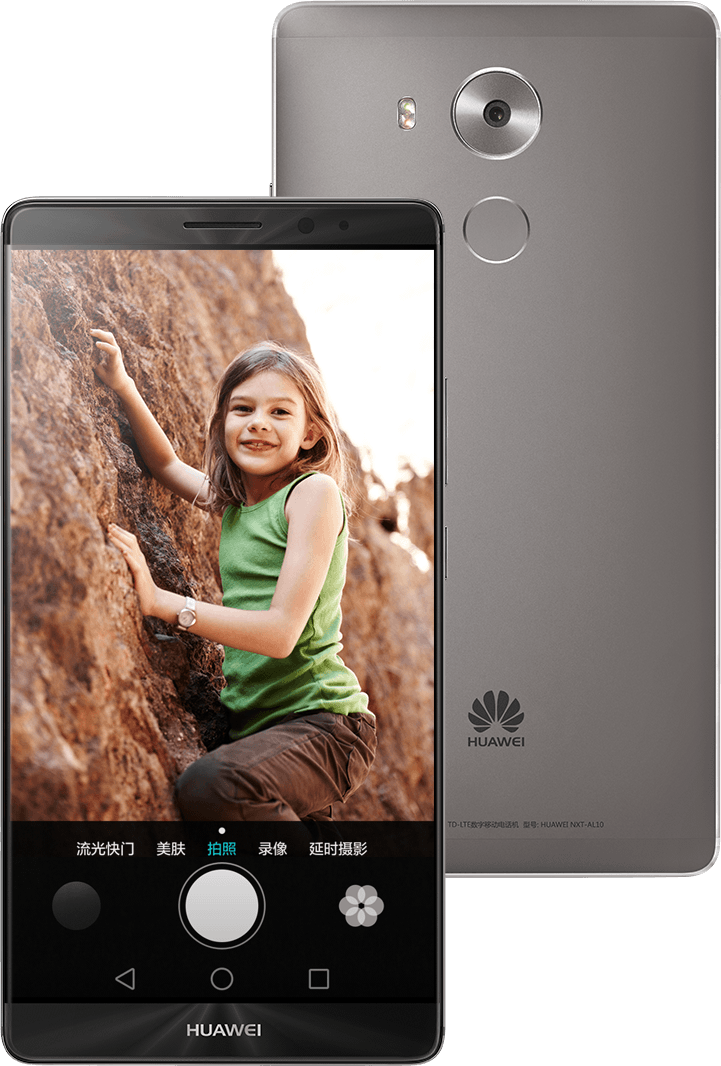 Huawei has launched its new flagship device the Huawei Mate 8 that comes with advanced features and bigger display than the mate 7 that was launched last year. Huawei’s teasers already confirms that the company is going to launch the Huawei Mate 8 with the Huawei’s own Kirin 950 processor that is the powerful processor than others. At the Shanghai Expo Centre in China, Huawei unveils the Mate 8 phablet without any availability and pricing details.

The Huawei Mate 8 phablet comes with full metal body with a large 6-inch full HD IPS LCD display with 1080×1920 pixels resolution and is powered by an octa-core HiSilicon Kirin 950 processor (1.8GHz Cortex-A53 four cores + 2.4GHz Cortex-A72 four cores) with a 900MHz Mali-T880MP4 GPU. It comes in two variants: 3GB RAM/32GB inbuilt storage and 4GB RAM/64GB inbuilt storage. It runs on Android 6.0 Marshmallow OS out of the box with with the company’s Emotion UI.

The Huawei Mate 8 will be available in China and will be fully launched in the CES 2016 in January. The company is expected to announce the pricing and availability details in the CES event though. Stay tuned for further updates about latest smartphones.