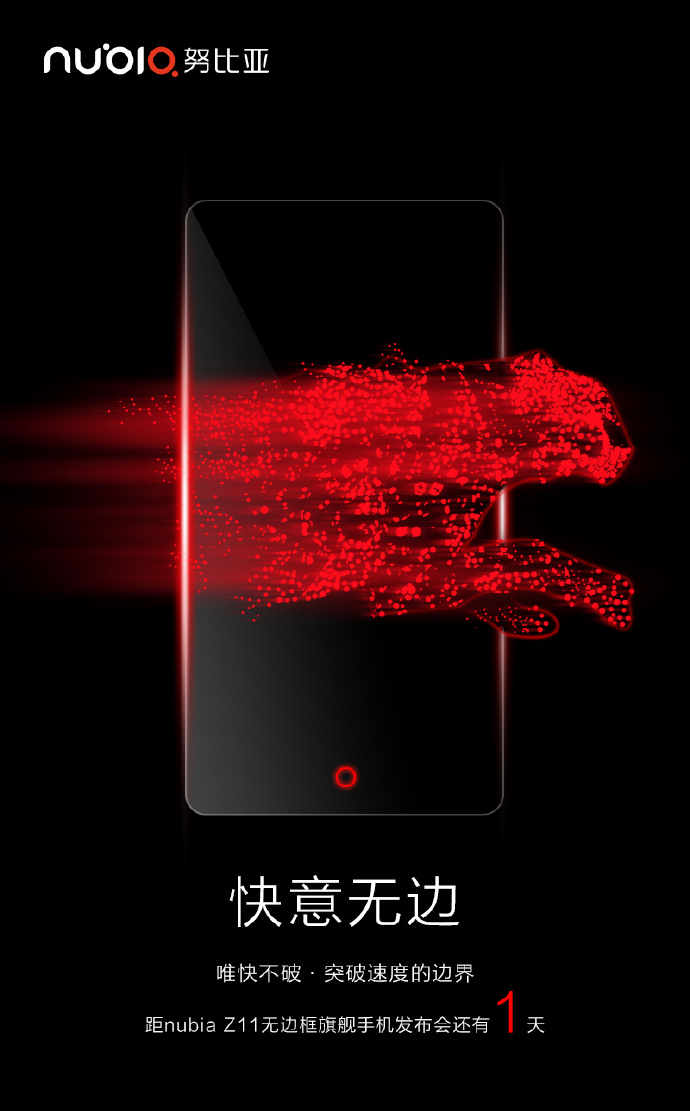 ZTE is going to launch its new ZTE Nubia device called Nubia Z11 in its official event today. The company has already launched the Nubia Z11 Max and Z11 Mini in separate official events in the past. On its weibo account, the Nubia division of ZTE has teased that the new Nubia Z11 will have a border-less design. We already saw the device getting listed by AnTuTu and TENAA revealing all of the specifications of the device. Let’s discuss the specifications of the device last time next.

At AnTuTu, the Z11 was listed with model number Nubia NX531J. it was listed with specifications such as a full HD 1920×1080 pixel resolution display and it will of 5.5-inch size as we saw in the TENAA listing. It is powered by a 2.15GHz octa-core Snapdragon 820 processor with Adreno 530 GPU. It has 4GB of RAM and 64GB of inbuilt storage capacity. It runs on the Android 6.0 Marshmallow OS out of the box and features a 16-megapixel rear and a front 8-megapixel cameras.

It was listed with model numbers Nubia NX541J and Nubia NX531J with some differences. It will have a 5.5-inch TFT full HD display with 1920 × 1080 pixels resolution. It is powered by a 2.15GHz octa-core processor that might be the a Snapdragon 820 processor. It has 4GB of RAM and 64GB of internal storage capacity and up to 32GB expandable MicroSD card storage as well. It runs on Android 6.0.1 Marshmallow OS out of the box.

It will feature a 13-megapixel rear camera with LED flash and a red ring with an 8-megapixel front facing camera. A 2900mAh battery backs up this device and connectivity options includes 4G LTE, Bluetooth, 3G, USB, WiFi and other features as well. It measures 151.8 × 72.3 × 7.75 (mm) and weights 165 grams. It comes with Silver, gray, gold, brown and pink color options.