Huawei Honor 5A Plus GFXBench listing confirms specs, launching on June 12 along with Honor 5A 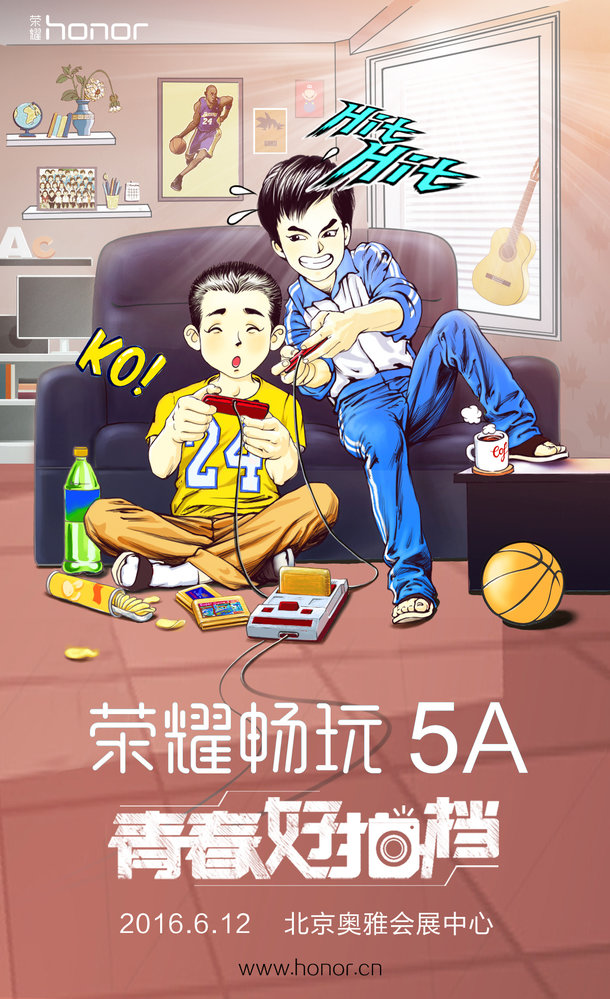 Huawei is going to hold a press event on June 12 in China where the company will launch the Honor 5A and Honor 5A Plus smartphones. Both the device has already got the TENAA approval last month revealing the specs. Now the Huaei Honor 5A Plus has just been spotted in the GFXBench listing confirming some of the rumored specifications of the device.

The GFXBench listing for the Honor 5A Plus comes with a 5.5-inch HD display with 1280 x 720 pixel resolution and is powered by the octa-core 1.5GHz Qualcomm Snapdragon 615 (Cortex A53 – ARMv8) processor with Adreno 405 GPU. It comes with 2 GB of RAM and 16GB of inbuilt storage capacity and will also have an expandable storage MicroSD card slot as well.

It runs on the Android 6.0 marshmallow based EMUI. It features a 13-megapixel rear LED flash camera and an 8-megapixel front facing camera. Other features that this device will have will be GPS, Bluetooth, WiFi, USB, single SIM option and other standard connectivity options as well. No other details were listed in the GFXBench listing of the device.

The TENAA listing for the Honor 5A comes with a 5-inch HD display with a 1.3GHz quad-core processor. It has 2GB of RAM and 16GB of inbuilt storage capacity. It will feature a 13-megapixel rear LED flash camera and a 2-megapixel  front facing camera. It will run on the Android 5.1 Lollipop OS and will be backed up by a 2200mAh battery with 4G LTE, WiFI, Bluetooth, GPS and other options as well.

The TENAA listing for the Honor 5A Plus was having the features like a 5.5-inch HD display and will be powered by an octa-core 1.8GHz processor which was rumored to be the Snapdragon 615 SoC. It has 2GB of RAM and 16GB of inbuilt storage capacity. It is backed up by a 3000mAh battery and features a 13-megapixel rear camera with an 8-megapixel front facing camera.