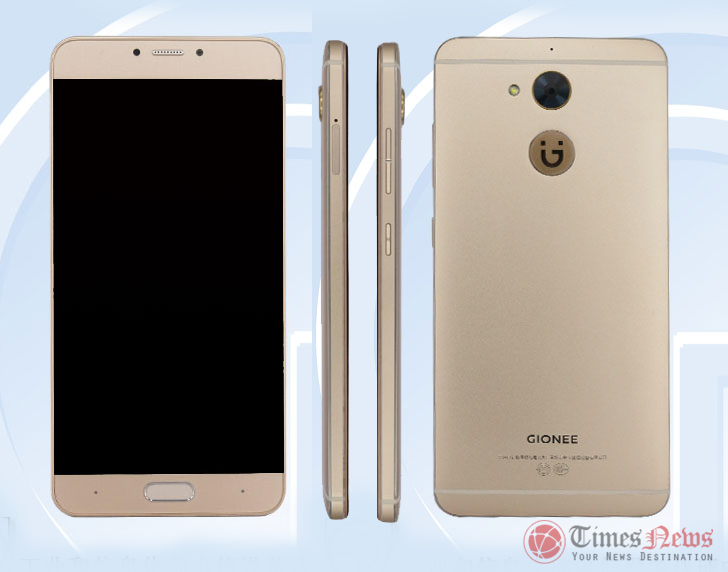 A new Gionee device in the flagship category has got the TENAA approval today with the name Gionee GN9012. From the looks and specs, it might be the lite variant of the Gionee S8 and can be launched as Gionee S8 Lite. The device comes with similar design like the Gionee S8 and the only difference is of the camera placement on rear side. The Gionee S8 lite (Gionee GN9012) comes with good high-end specs that we will discuss next in this article.

The Gionee GN9012 is listed on TENAA with a 5.5-inch IPS Full HD display with 1920 × 1080 pixel resolution and is powered by a 1.8GHz octa-core processor might be the MediaTek Helio P10 again. It comes with 4GB of RAM and 32GB inbuilt storage capacity with up to 128GB MicroSD card expandable storage capacity. It runs on the Android 6.0 Marshmallow OS out of the box.

It features an 8-megapixel or 13-megapixel rear LED flash camera with a 5-megapixel front facing camera. It is powered by a 3130mAh battery that is similar to the Gionee S8. It comes with connectivity options like 4G LTE, 3G, 2G, USB, Bluetooth, GPS and FM Radio support. It measures 153 × 75.3 × 7.6 mm and weights 150 grams. It comes with Golden color option.