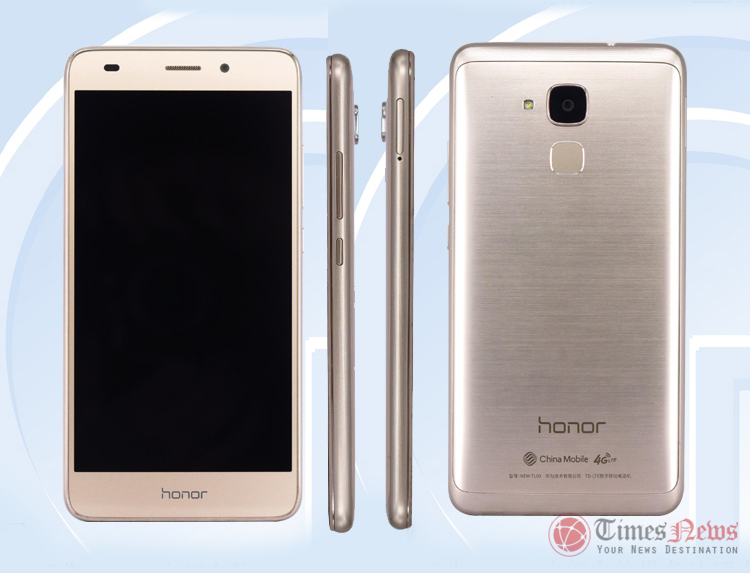 Huawei has got the approval for a new Honor series device with the name Huawei NEM-TL00 from TENAA and the TENAA listing comes with full specification details and the images of the handset. This new device is expected to be launched as the Huawei Honor 5C and the launch event is expected to be announced soon by the company. This new phone also comes with a fingerprint scanner available on the rear side below the camera. The device also comes with the Honor branding at the bottom on the rear side. Let’s checkout the specification details of this device.

The TENAA listing for the Huawei NEM-TL00 comes with a 5.2-inch TFT Full HD display with 1920×1080 pixel resolution and is powered by the 2.0GHz octa-core processor that may be the Helio X10 from Mediatek. It comes with 2GB of RAM and 16GB of inbuilt storage capacity with up to 128GB expandable MicroSD card storage, and runs on the Android 6.0 Marshmallow out of the box. This smartphone will be China Mobile exclusive in China.