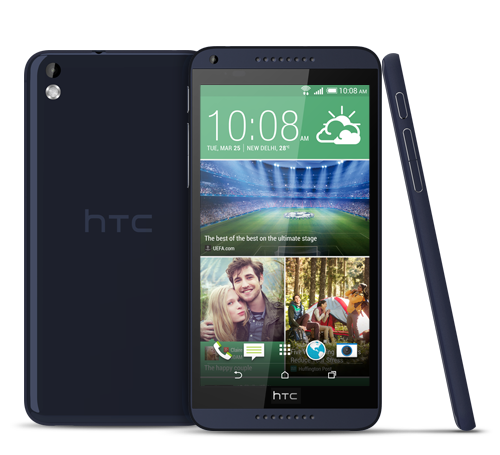 The Android Marshmallow update brings new features and enhancements for the HTC Desire 816 Dual SIM. The Marshmallow update comes with features like Now on Tap feature that searches and delivers related information right in the app. You can easily manage phone memory in the settings. The update also brings other features like smarter app linking, app permissions and other useful features as well.

HTC Desire 816 Dual SIM comes with a 5.5-inch HD display with 720×1280 pixel resolution and is powered by a 1.6GHz quad-core Snapdragon 400 processor with 1.5GB of RAM. It comes with 8GB of inbuilt storage with microSD card expandable storage up to 128GB. It was running the Android Kitkat OS with HTC Sense 5.5 UI on top. It supports a 13-megapixel rear camera with f/2.2 aperture with a 5-megapixel front-facing camera as well. It also comes with dual frontal stereo speakers with built-in amplifiers.

The HTC Desire 816 Dual SIM is backed up by a 2600mAh battery that can deliver up to 21 hours of talk time and up to 614 hours standby time on 3G network. Connectivity options available are 3G, Bluetooth, DLNA, Micro-USB and Wi-Fi.

So are you using the HTC Desire 816 Dual SIM smartphone and looking for an Android Marshmallow update in Saudi Arabia? Just check your device for Android updates manually if you haven’t received the notification for the update. Stay tuned for more news and updates.