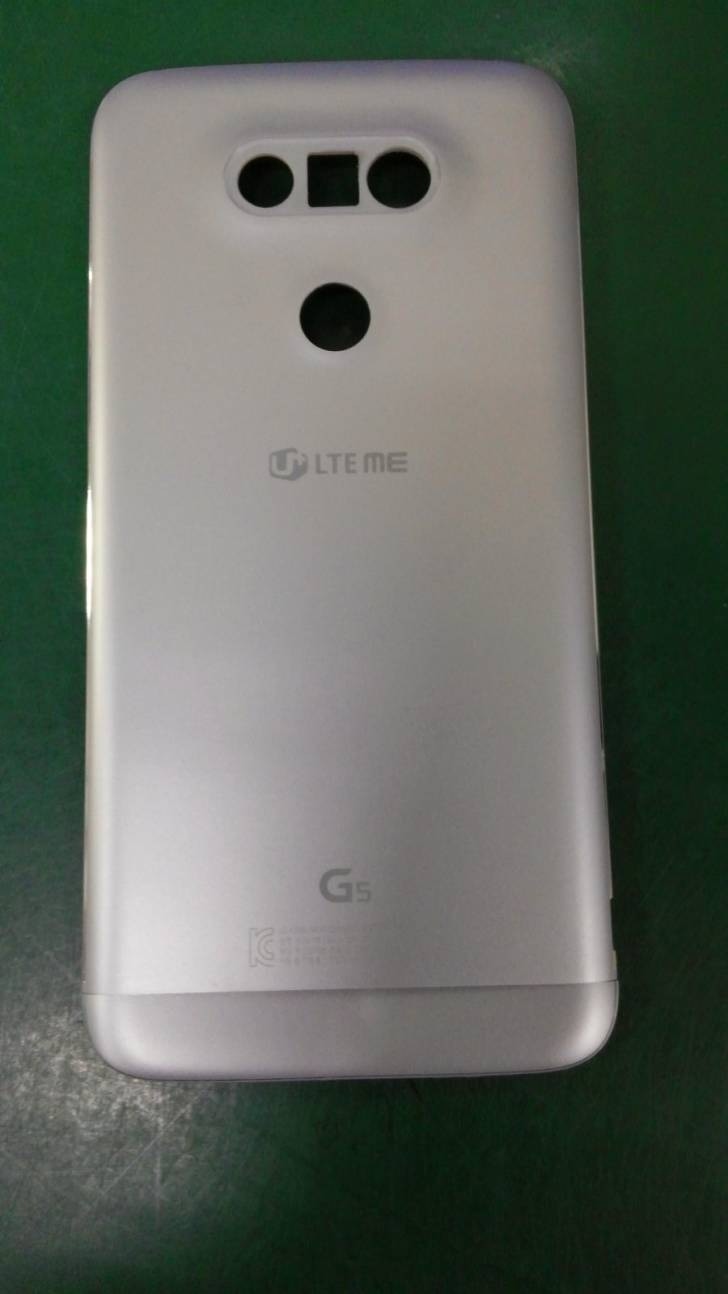 Tomorrow, we are going to see the launch of the LG flagship device LG G5 and Samsung flagship devices Galaxy S7 and Galaxy S7 Edge in Barcelona events of both companies. LG and Samsung are in the race of launching the best smartphone for the year 2016 and we may see many new features in the upcoming flagships of both companies. LG G5 have been leaked a number of times, but now we have got a real image of the LG G5 which have been leaked from LG owned South Korean cellular carrier LG U+.

LG G5 have been spotted already on GeekBench benchmarking database with key specs. LG G5 comes with model number LG-F700S on GeekBench and comes with a 1.59 GHz quad-core Qualcomm Snapdragon 820 processor along with 4GB of RAM. It runs on Android 6.0.1 Marshmallow out of the box and scored 2248 points in single-core test and 5061 points in its multi-core test. There were no other details listed in the GeekBench listing.

The rumored specifications of the LG G5 includes a 5.3-inch display with 1440×2560 pixels resolution. it will be powered by the Qualcomm Snapdragon 820 processor and will have 3GB of RAM with 32GB of inbuilt storage capacity. It is also rumored to have a metal body and an IR blaster. LG G5 is also expected to have microSD-support and USB Type-C slot.

It will feature the Dual camera setup on rear side with 16MP and 8MP cameras with smile, face and multi-gesture detection. There will be a 8-megapixel sensor on its front.  This device will have 4G, NFC, 802.11ac Wi-Fi, and Bluetooth 4.0 connectivity options and will have a large 4000 mAh battery with Qualcomm Quick Charge 3.0 feature. The quick charge feature helps battery to be charged to 85% full capacity in just 35 minutes. The LG G5 is expected to be priced around $900 as per rumors.

LG may also be working on a lite variant of the LG G5 that may be called as LG G5 Lite. The device was spotted on GFXBench couple of days ago with model number LG H840 with specs like a 5.3-inch display with 2560 x 1440 pixel resolution, the octa-core 1.8GHz Snapdragon 652 processor along with Qualcomm Adreno 510 GPU, 3GB of RAM, 32GB of internal storage with a microSD expandable storage slot, Android 6.0.1 Marshmallow, an 8-megapixel rear camera with LED flash and 8-megapixel front facing camera, Bluetooth, GPS, WiFi, NFC connectivity options with a Micro USB port, accelerometer, barometer, light and gyroscope sensors. There are no other details available in the GFXBench listing.