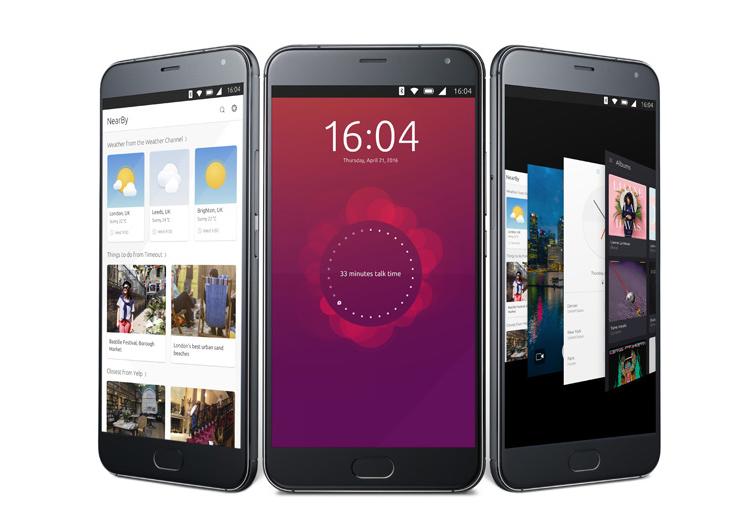 Meizu has finally officially announced the Ubuntu edition Meizu Pro 5 smartphone that will be available for pre-order in the MWC 2016. Surprisingly, the Meizu teaser, posted few days back, was suggesting the release date to be 22 February. Now looks like, the device will be available for pre-order starting 22nd February during MWC. Meizu Pro 5 Ubuntu Edition is the 2nd Ubuntu smartphone from Meizu in partnership with Canonical, as the first Ubuntu smartphone was launched last year with name Meizu MX4 Ubuntu Edition.

Meizu Pro 5 Ubuntu Edition comes with a 5.7-inch crystal clear AMOLED display with 1920×1080 pixels resolution and Corning Gorilla Glass 3 protection. It runs on a 2.1 GHz Samsung Exynos 7420 Octa-core processor. It comes with 3GB of RAM and 32GB of inbuilt storage with dual-SIM slots. It features a a 21-megapixel rear camera with phase detection autofocus and dual-tone LED flash. A 5-megapixel front camera is also available in this handset.

The device is expected to have a 3,050 mAh and will support 4G LTE, 3G, 2G, GPS, Bluetooth, WiFi etc connectivity options. It also comes with a a fingerprint reader. The pricing details of the device are not available yet which will be announced during the MWC unveiling of this device. This is reportedly the fifth Ubuntu smartphone that tells us that Ubuntu OS is still alive competing with Android and iOS.

Jane Silber, CEO, Canonical, said, “Our partnership with Meizu continues to result in the creation of beautifully designed hardware that perfectly complements the Ubuntu user experience. Users are always at the heart of our work together –something that brings an intuitive and rewarding experience to consumers everywhere.”

“Having successfully launched our first device together in 2015, this new innovation demonstrates our close partnership, and continued desire to develop the most innovative and interesting mobile experiences for consumers all over the world. We have some interesting plans and so we’re looking forward to further deepening our partnership with Canonical in the future.” said Li Nan, VP at Meizu.