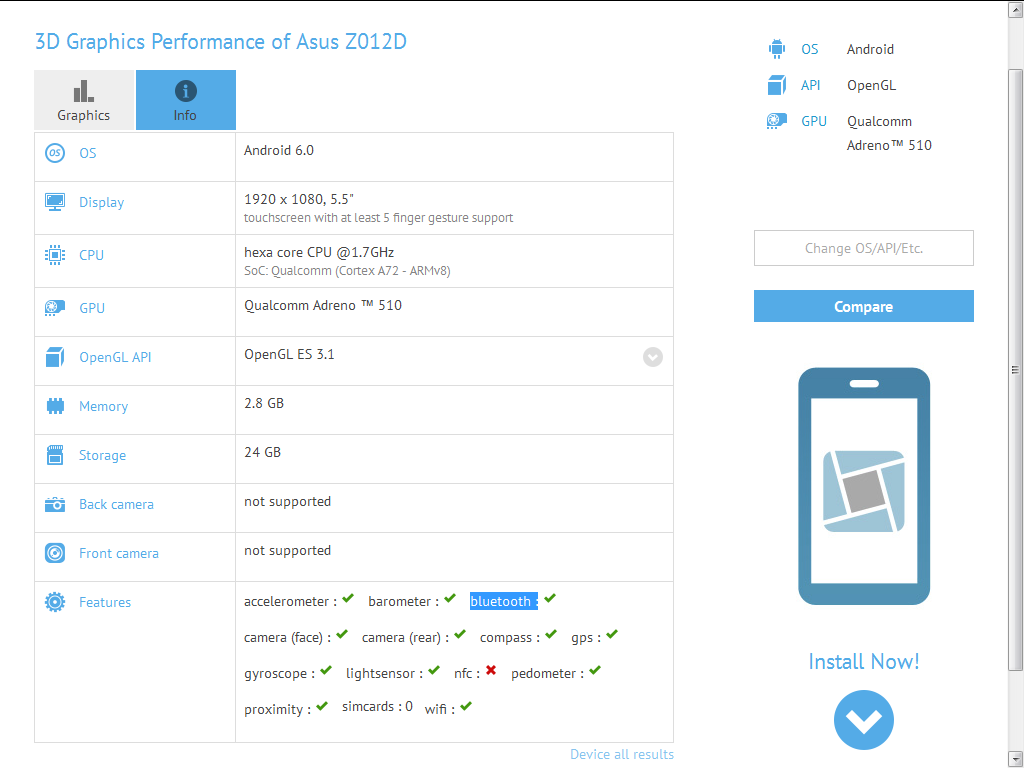 A new high-end Asus Zenfone device has just visited the Geekbench giving the details about the specs of this device. The device comes with name Asus Z012D and has top-end specs like a 5.5-inch display, Android 6.0 Marshmallow etc which we will discuss later in this article. Asus Z012D looks like the next Zenfone device that we may see near the CES 2016 next month.

The new Asus Z012D smartphone comes with a 5.5 inches Full HD display having 1920 x 1080 pixel resolution. It is powered by the Qualcomm Snapdragon 618 processor as the Geekbench listing shows a 1.7GHz hexa core Qualcomm (Cortex A72 – ARMv8) processor and Qualcomm Adreno 510 GPU. It has 3GB of RAM and 32GB of inbuilt storage capacity. It runs on Android 6.0 Marshmallow OS out of the box.

There are no images from the device available currently in the Geekbench test which we may see in the upcoming leaks of the phone. The device comes with Bluetooth, Front and rear cameras with unknown pixels, GPS and Wifi etc. The only feature that is missing in this phone is NFC. There is no doubt from the above specs of this device that it will be the new flagship device from ASUS in the Zenfone category of smartphones.