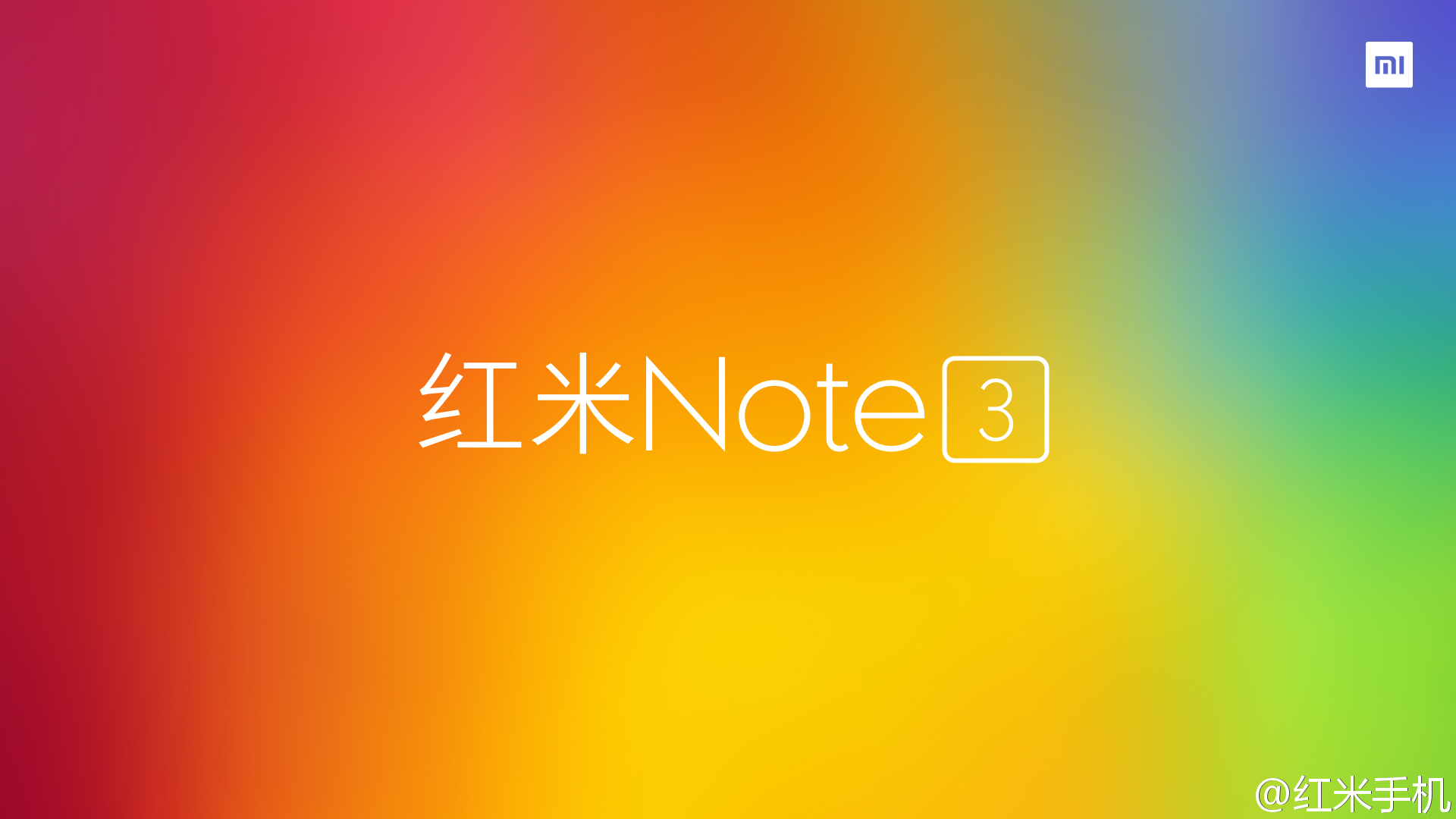 As we already know that Xiaomi is holding an event on 24th November tomorrow, where the Chinese company is going to unveil two new devices that are Redmi Note 2 Pro and MI Pad 2 tablet. The tablet name will be same as MI Pad 2, but a new teaser from Xiaomi confirms that the Redmi Note 2 Pro will be launched as Redmi Note 3 instead. The teaser is posted by Xiaomi on their Weibo account along with some other teasers as well that confirms the Redmi Note 3 name of the phablet.

Xiaomi’s president is already teasing both the devices on his Weibo account. If we check the teaser of the Redmi Note 3, it comes with metal body and fingerprint sensor below the LED flash of the phone. Other specs of the Redmi Note 3 includes a 5.5-inch 1080p Full HD display with 1080×1920 pixel resolution and is powered by the MediaTek MT6795 SoC that has an octa-core 2.2GHz CPU and PowerVR G6200 GPU along with 2GB of RAM. It has 32GB of inbuilt storage with expandable storage slot.

Another device to be launched in the tomorrow’s event is the MI Pad 2 tablet that is expected to come with a 7.9-inch 2048×1536 pixels display and it will be powered by a 2.24 GHz Intel Atom x5-Z8500 quad-core processor and 2 GB of RAM. it will run on Android 5.1 Lollipop OS out of the box. It will feature a 13MP rear camera with MIUI 7 and 16GB of built-in storage. The recently posted teaser image of the MI Pad 2 shows a white color tablet with top left rear camera and side buttons for volume and power button.

In this event, Xiaomi is not expected to announce the new flagship Xiaomi MI 5 smartphone which is rumored to launch in December. So, stay tuned for the updates related to the tomorrow’s event of the Xiaomi.