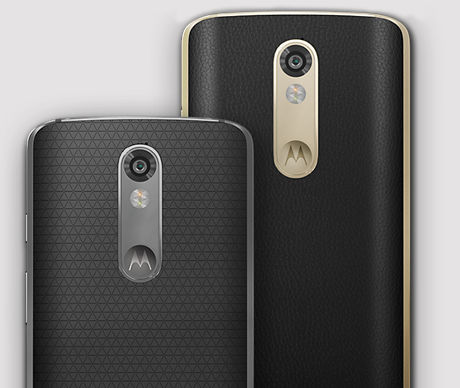 Verizon has now officially started rolling the Android Marshmallow update to the Motorola Droid Turbo 2 devices in the United States. Couple of days back, some users reported that they were receiving the Marshmallow update on their Droid Turbo 2 device and just two days after, Verizon has announced this update rollout on their website. Last month, Verizon started the Marshmallow roll-out to Droid Turbo 2 devices but the rollout was stopped because of unknown reasons and Verizon also pulled down the update page from their website. Now the rollout has again started on these devices and we can now hope that it will rollout without any further problems this time.

The Droid turbo 2 devices will start getting the Marshmallow update starting today as per the Verizon website. The update will be available in two parts with the first update updates the software to version 23.31.24 and the second one to 24.14.10. This new update brings new features and enhancements like Now on Tap, new battery-smart features, enhanced app permissions,  Doze mode,  App Standby, App links, Do not disturb, new  Volume controls, Direct Share feature, Moto Display and Ambient Display, Moto Assist, Attentive Display and many more other features as well.

To update your Droid Turbo 2 device, connect your device to a Wi-Fi network, or make sure it has a strong Verizon Wireless network connection and ensure your device battery is fully charged before starting the software update.

The Motorola Droid Turbo 2 was launched in October last year and is known as Motorola Moto X Force globally that comes with features like a 5.4-inch QHD (1440×2560) ‘ShatterShield’ display and Motorola claims that the display is made of an aluminium rigid core, flexible Amoled screen and dual-layer touchscreen panels that wouldn’t break into pieces even when dropped on a slab of concrete. It is powered by a is powered by a Qualcomm Snapdragon 810 oct-core processor with 3GB of LPDDR4 RAM and 32GB and 64GB internal storage options with a microSD card slot with up to 2TB expandable capacity.

It features a 21-megapixel rear-camera with f/2.0 aperture, dual LED flash and Phase Detect Auto-Focus with a 5-megapixel front-facing flash camera as well. It was running Android 5.1.1 as of now and supports single-SIM with connectivity options like 4G LTE (Cat 4), 3G, CDMa, Wi-FI and other ones. It comes with a 3760mAh battery that can give 2 days of battery life with mixed usage with the support of Quick Charging.