Google Pixel 2, Pixel XL 2 Launch: What To Expect & How To Watch The Event 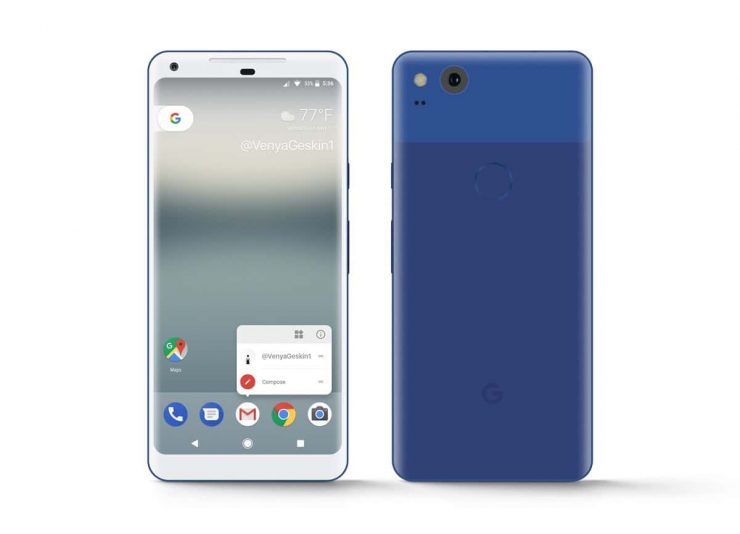 Google is expected to have a big event scheduled for later today, Wednesday in San Francisco. The tech giant is expected to launch its flagship Pixel 2 and Pixel XL 2 smartphones. Our readers should expect a lot from Google Pixel 2 launch event as we also expect a couple of other devices to be unveiled during the event like the Home Mini, Pixelbook and others.

The event as mentioned above will take place in San Francisco and it will begin from 9 AM PDT and will be streamed live on the official “Made by Google” YouTube channel which can be accessed from here.  Viewers in the U.K. can view the live stream by 5 PM BST. In India, the live stream can be viewed by 9:30 PM IST while viewers in China can follow the Pixel 2 launch event live stream by 12 AM on October 5. 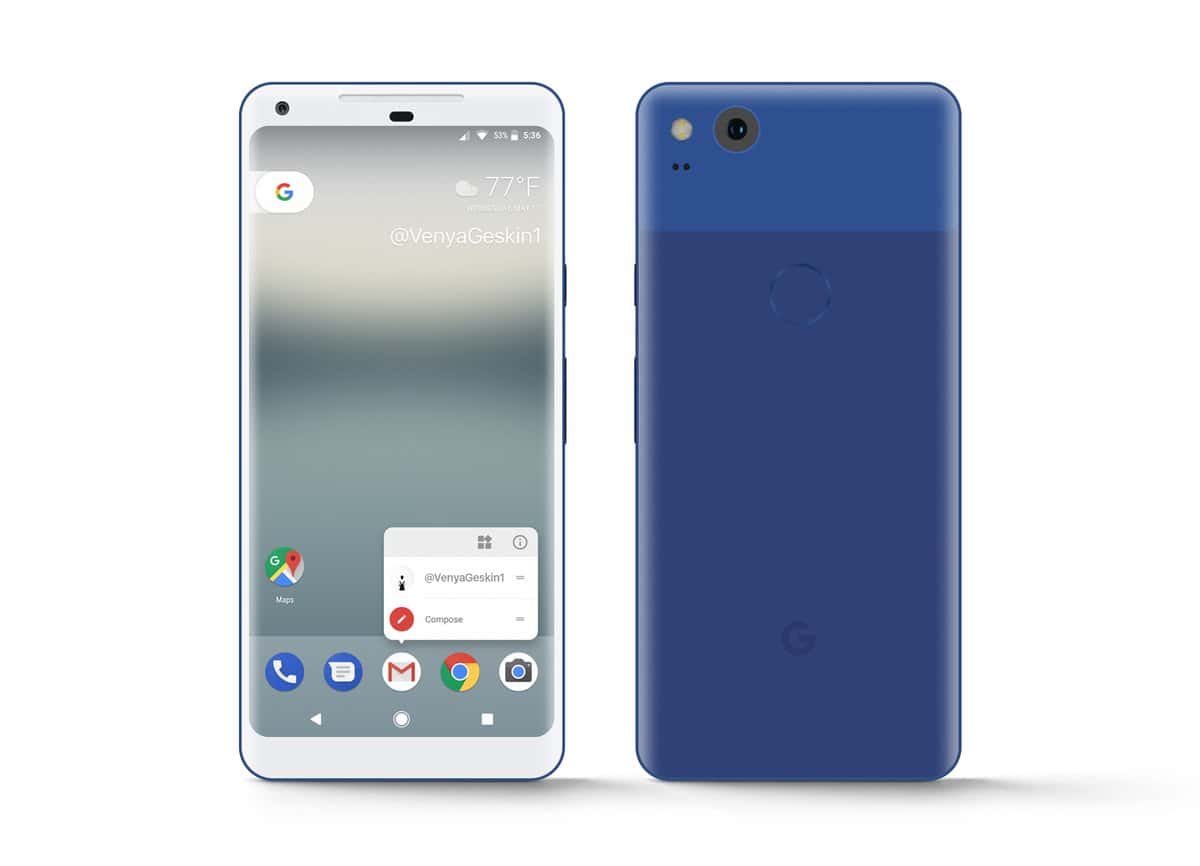 We have quite a number of leaks and rumours surrounding the Pixel 2 and Pixel XL 2 which will be the main products that would be unveiled in a matter of hours from now. We have also had several renders of the duo, which show that the Pixel 2 and Pixel 2 XL will adopt a two-tone design on the back panel. A third of the rear panel will be made up of glass while the remaining aspect will be made of metal. This is similar to the design of last year’s models but what should distinguish this year’s flagships is that the fingerprint scanner will be located on the metallic portion instead of the glass portion which last year’s model featured. Still talking about the design, the Google Pixel 2 is expected to come with a similar front design as last year’s Pixel but the Pixel XL 2 will be markedly different, in that it is expected to feature a bezel-less, full-screen display panel. 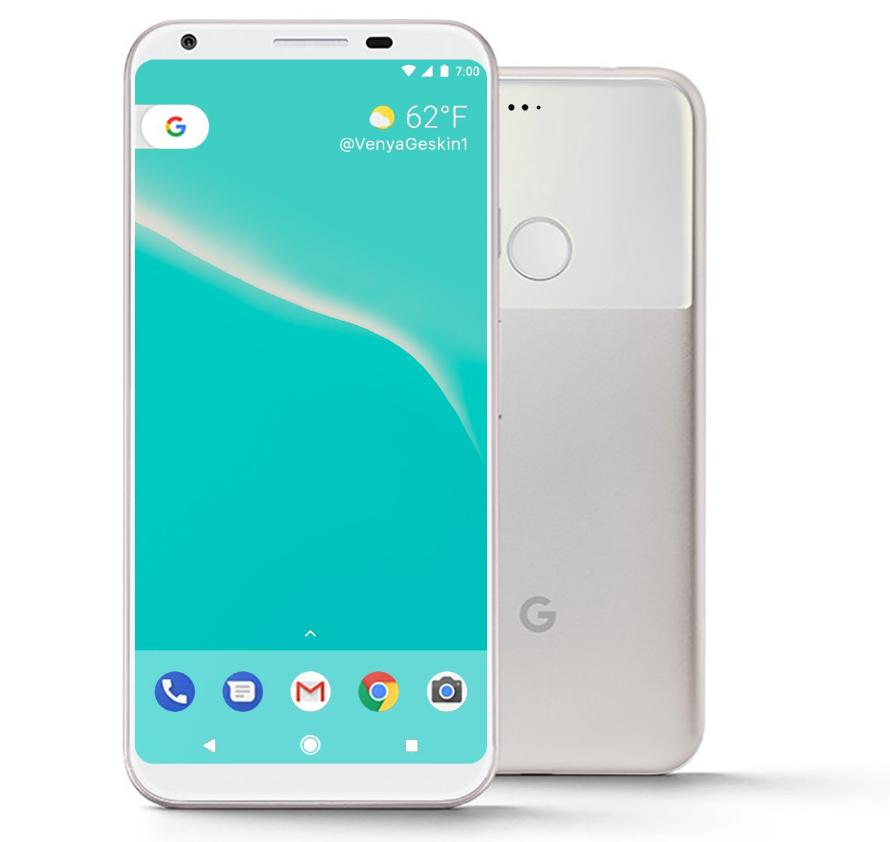 As for the specifications, the Google Pixel 2 is expected to come with a 4.97-inch OLED display with FHD resolution (1920 x 1080 pixels). On the other hand, the Pixel XL 2 is also thought to be fitted with a 5.99-inch OLED display which will have a resolution of 2,880 x 1,440 pixels along with an aspect ratio of 18:9. The Pixel 2 XL’s display is expected to support Wide Color Gamut and offer a screen-to-body ratio of around 80 to 85 percent. Both models are expected to pack a Snapdragon 835 SoC processor with 4 GB RAM. These phones are expected to come with inbuilt storage sizes, 64 GB and 128 GB which makes it very unlikely to have a microSD card slot.

Both models are expected to pack a Snapdragon 835 processor with 4 GB RAM. These phones are expected to each have a 64 GB storage and 128 GB storage variants which make them very unlikely to have microSD card slots. The Pixel 2 is expected to have a 2,700 mAh battery whereas the Pixel XL 2 expected to have a 3,520 mAh battery. They are also expected to come with IP67 certified chassis which will protect them from damage from water and dust. The Pixel 2 and Pixel XL 2 is unlikely to feature the standard 3.5mm audio jack just like last year’s models but are tipped to arrive with dual stereo speakers on the front panel. The Pixel 2 is expected to come in colours like Kinda Blue, Just Black and Clearly White whereas the Pixel XL 2 may be available in Black & White and Just Black colour variants.

As for their pricing, the 64 GB and 128 GB Pixel 2 are rumored to be priced at $649 and $749 respectively. While the 64GB Pixel XL 2 is expected to clutch an $849 price tag and the 128GB Pixel XL 2 should retail for $949. We’ll serve you all the juicy details when the flagship models are officially unveiled in some hours time.