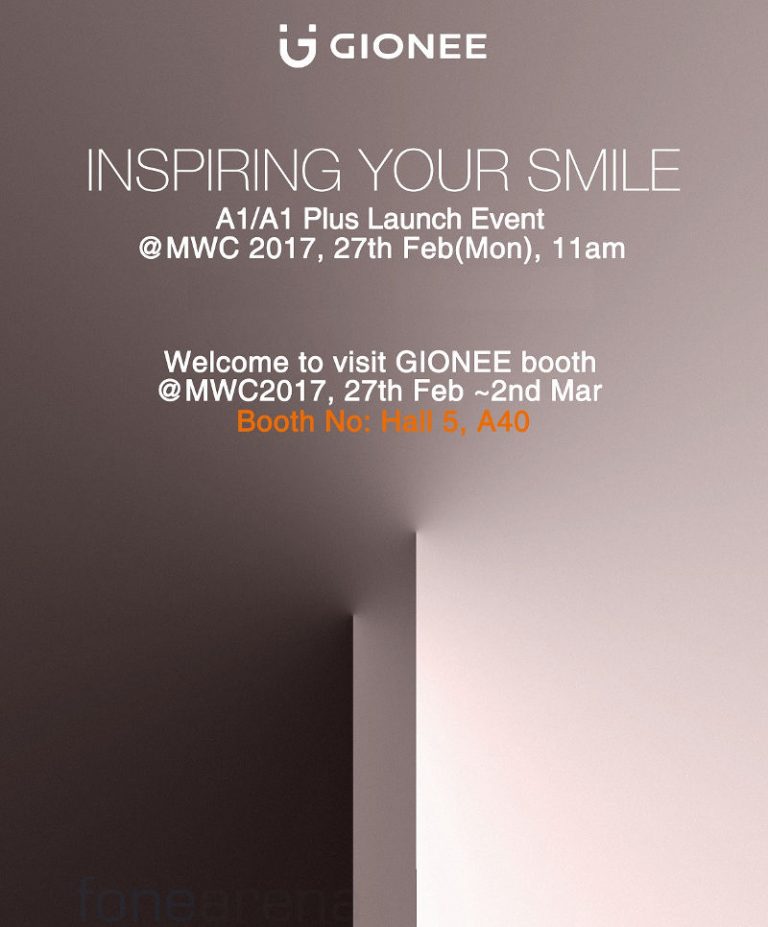 Gionee has just announced that it will launch its new smartphones in the new Gione A series with names Gionee A1 and A1 Plus at MWC 2017 official event on February 27th at Barcelona. Gionee has started sending the invites for its event and via the teaser image, the company confirmed the launch of the two smartphones that are rumored to feature dual rear cameras. The teaser comes with tag “Inspiring your smile” that hints towards a perfect selfie camera or a dual selfie camera may be. The company will also showcase these smartphones at MWC event from February 27th till March 2nd.

According to the rumors, The Gionee A1 will feature a 5.5-inch full HD display with 1080×1920 pixels resolution and will be powered by an octa-core processor. it will comes with 4GB of RAM and 64GB of internal storage that will be further expandable via MicroSD card slot up to 128GB. It will run on Android 7.0 Nougat OS out of the box and will feature a 16-megapixel front facing camera and a 13-megapixel rear dual camera with LED Flash. It will be backed up by a 4010mAh Battery and will feature different features like IR Blaster, 4G VoLTE support, Bluetooth, WiFi and other options. It will also have a fingerprint scanner that will be placed either on front or back panel.

Stay tuned for more details about the MWC 2017 event.