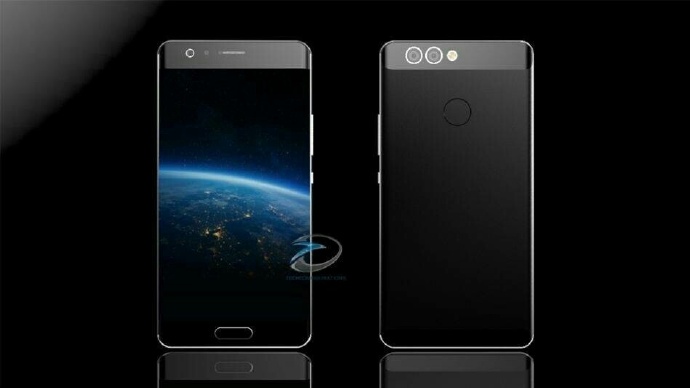 Huawei has started sending the invites for their upcoming event at MWC 2017 event in Barcelona on 26th February where the company is expected to launch their new P-series device Huawei P10 that is expected to launch with a dual rear camera. In the official invite, the company says that it will launch its new ‘flagship device’ without any other hints about the device. According to a weibo user, the company may launch two devices including the Huawei P10 and P10 Plus and the user also shared an image from the device on their weibo account.

According to the weibo user, the Huawei p10 is expected to launch with a 5.5-inch Quad HD display and is expected to be powered by a Huawei’s HiSilicon Kirin 965 processor along with support for 40W fast charge. It will feature a F2.0 aperture new Leica dual camera lenses while the global version of the device will feature Amazon Alexa voice assistant and Google services. The weibo further says that the Huawei P10 will have a small box on the screen that will display time, power and messaging related information. According to the weibo user, the Huawei P10 might be priced more than 3000 yuan (around more than $435).

The leaked image shared by the weibo user shows a device having a fingerprint scanner on the rear side and on the front panel on the physical home button, so we have to wait to know more about the fingerprint sensor placement on the device. According to the past leaks, the Huawei P10 is expected to have a 12-megapixel dual rear camera and will have 6GB of RAM along with Kirin 965 processor. It is expected to have up to 256GB inbuilt storage capacity and will run on the Android 7.0 Nougat based Huawei EMUI 5.0 on top. A fingerprint scanner will be available on either the rear panel or on the physical home button of the device. No other details about the device are currently available.

The company is also expected to launch a successor to the MateBook 2-in-1 laptop that was announced at MWC 2016 last year. The company is also rumored to announce new tablets at the event but more details about these tablets and laptops is currently a mystery, so we have to wait for more leaks and rumors to have some more details on these products.