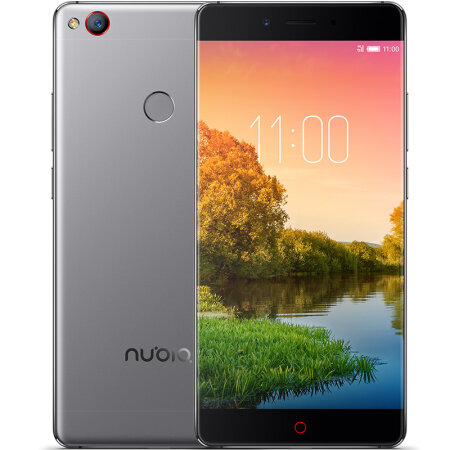 Nubia has finally launched its two devices in India Nubia Z11 and Nubia N1 that are priced at Rs. 29,999 (around $442) and Rs. 11999 (around $177), respectively. From today, the devices will be available pre-orders on Amazon India website and will go on sale on December 16th in the country. The Nubia Z11 was announced back in April and the Nubia N1 was announced back in June in China. Both the devices comes with full metal unibody design and the Z11 features a border-less display and other premium features.

The Nubia Z11 come with a 5.5-inch Full HD 2.5D border-less display with Corning Gorilla Glass 3 protection and 1920 x 1080 pixels resolution. It is powered by the latest 64-bit quad-core 2.15GHz Qualcomm Snapdragon 820 14nm processor with Adreno 530 GPU. It comes with two variants: one with 4GB RAM + 64GB internal storage and the other with 6GB RAM + 128GB inbuilt storage. The storage is further expandable up to 200GB with microSD card slot. It runs on the Android 6.0 (Marshmallow) OS with nubia UI 4.0 on top and comes with Dual SIM support as well.

The Nubia N1, on the other hand, comes with a 5.5-inch full HD display with 1920 x 1080 pixels resolution and is powered by the 1.8 GHz Octa-core MediaTek Helio P10 processor with up to 550MHz Mali T860 GPU and 3GB of RAM. It has 64GB inbuilt storage with up to 128 GB microSD expandable storage slot. It runs on the Android 6.0 (Marshmallow) with nubia UI 4.0 on top and it also supports Hybrid Dual SIM.

It features a 13-megapixel rear camera with LED Flash, PDAF, f/2.2 aperture, 5P lens and a 13-megapixel front-facing camera as well. It has a fingerprint sensor available on the rear side that is able to unlock the phone in just 0.2 seconds. It has a huge 5000mAh battery that can give around 3 days of moderate usage. Connectivity options includes 4G LTE with VoLTE, Wi-Fi 802.11 ac, Bluetooth 4.1, GPS + GLONASS and USB Type-C port also.