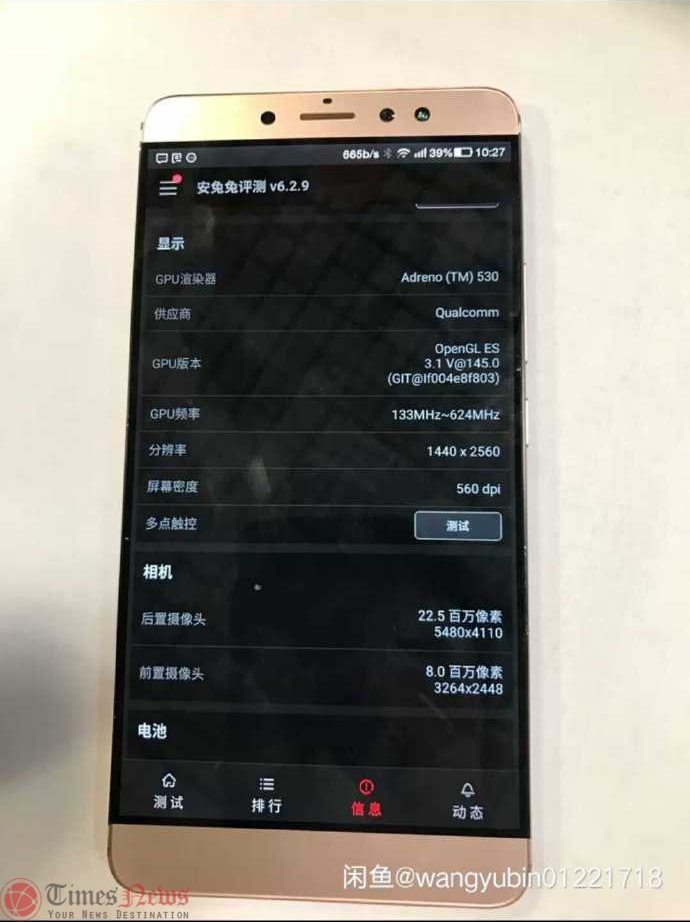 LeEco has launched a number of devices this year like the Le 2 series devices, Le Pro 3 and a couple of days back, a new device from the company with model number LE X622 spotted listed at Geekbench with mid-range specifications. The company is now said to be working on a new high end beast having top-end specifications including a large 6.3-inch display, as some of the images from the device got leaked on Chinese Weibo having the model number LeEco LE X920. Let’s checkout the images and the leaked specifications of the device in this article.

A weibo user posted some of the images from this upcoming LeEco device LE X920 having a large display with curved edges on sides of the display which looks similar to the LE X850 display spotted listed at TENAA few months back and is said to be the LeEco LE Max 3. The leakster further confirms that this new device will be featuring a 6.3-inch 2k Quad HD display having 2560 x 1440 pixels resolution. It is rumored be powered by the Snapdragon 820 processor with Adreno 530 GPU. It will have 4GB RAM available along with 64GB inbuilt storage capacity and MicroSD card expandable storage slot as well.

The Le X920 is further expected to have the Android 6.0 Marshmallow based EUI skin on top. One of the leaked image also confirms that this device will feature a 22.5-megapixel rear camera and the tipster confirms that this device will have a dual rear camera with dual tone LED flash. The leaked image also confirms an 8-megapixel front facing camera and the device image shows that it is having a dual front camera as the front top of the device comes with 3 black dots with one might be having a front facing flash.

The leakster further says that this device will be powered by a 3400mAh battery which looks smaller for a Quad HD 6.3-inch display. The device comes with the USB Type-C port and a 3.5mm audio jack is also present on the top. The price of the device is expected to be around 1388 yuan (around $200). For further details on this device we have to wait for its TENAA listing or other benchmark listings to confirm the above specifications.

The LeEco LE X622 was recently spotted listed at Geekbench with a 1.39 GHz deca-core Mediatek Helio X20 (ARM MT6797) processor that comes with a Mali-T880 GPU. It comes with 3GB of RAM and runs on the Android 6.0 Marshmallow OS out of the box. It scored 1575 points in the single-core test and 5229 points in the multi-core test. No other specifications of the device were spotted listed at Geekbench listing.