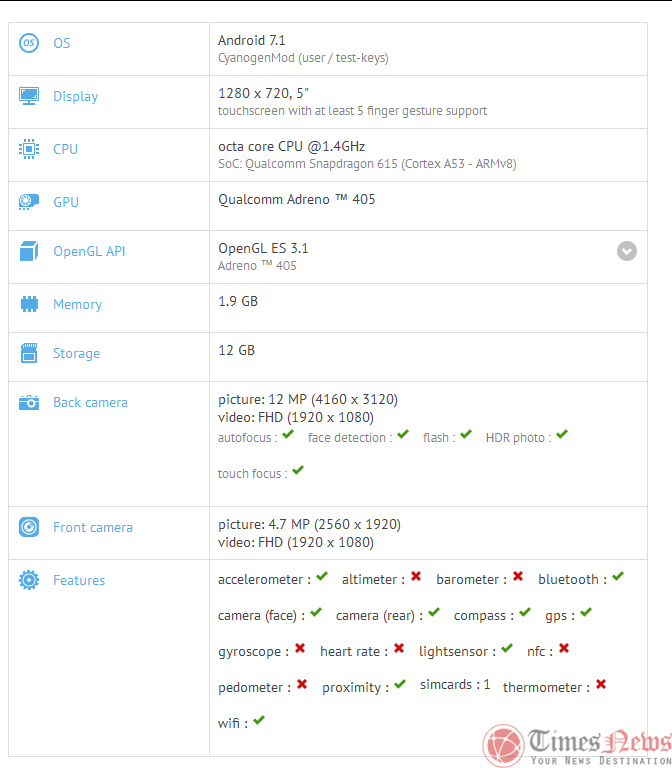 Motorola started rolling the Android 7.0 Nougat update to the Moto G series devices Moto G4 and G4 Plus last month. The update is also available for the Moto flagship device Moto Z and Moto Z force as the company officially announced the rollout for the devices last month. Looks like the Moto G Turbo Edition will soon be updated to the Android 7.1 OS as the device have been spotted listed at GFXBench and we can now expect that the roll out will begin soon.

The Moto G Turbo Edition is listed as Motorola Pixel on GFXBench and from the specifications in the listing it is confirmed to be the Moto G Turbo edition smartphone that was announced in December last year. The GFXbench listing lists the device with a 5-inch HD display with 720×1280 pixels resolution and is powered by a 1.5 GHz Octa-Core Snapdragon 615 processor having Adreno 405 GPU. It has 2GB RAM with 16GB of inbuilt storage and It runs on the Android 7.1 Nougat OS. It features a 13-megapixel rear camera and a 5-megapixel front camera.

The Moto G Turbo Edition was announced with a 5-inch HD TFT LCD display having a resolution of 720×1280 pixels and has Corning Gorilla Glass 3 protection. It is powered by a 1.5 GHz Octa-Core Snapdragon 615 processor with 2GB RAM and 16GB of inbuilt storage that can be further expanded up to 32GB via microSD storage card. It features a 13-megapixel rear camera with f/2.0 aperture and CCT Dual LED flash and a 5-megapixel front camera is also available with f/2.2 aperture.