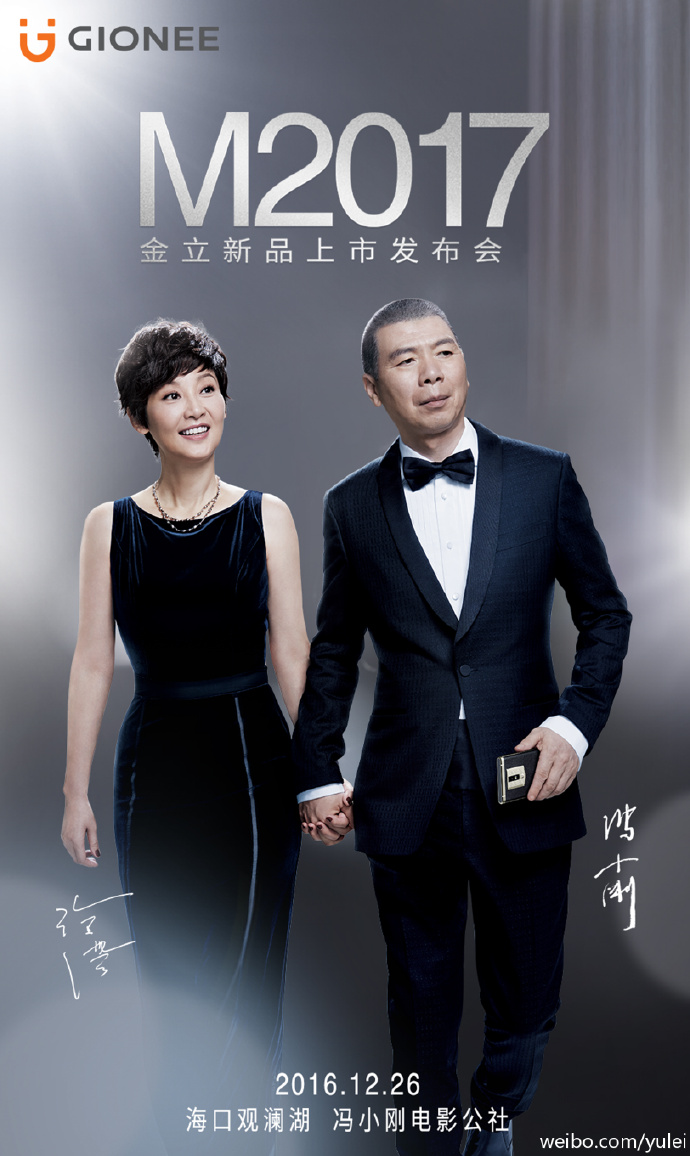 Gionee has officially confirmed via their weibo post that their high-end smartphone Gionee M2017 will be released on December 26th in China. The company recently started teasing the device releasing the first teaser of the device along with the Chinese film directors. The Gionee M2017 had already been spotted at TENAA and AnTuTu confirming most of the specifications and was also spotted in leaked images ahead of the TENAA listing and other leaks. The company has released a new teaser that comes with the launch date December 26th.

The company will hold an event on December 26th at Haikou Mission Hills in China. The Gionee M2017 comes with handy top-end specifications including a QHD AMOLED display and huge 6gigs of RAM and a powerhouse 7000mAh battery. The device spotted listed at AnTuT with a QHD display having 2560×1440 pixel resolution and it will be a 5.7-inch display as revealed by the TENAA listing. It is powered by the Snapdragon 653 processor with Adreno 510 GPU. It has 6GB of RAM and 128GB of inbuilt storage capacity. It runs on the Android 6.0.1 Marshmallow OS out of the box. It features a 13-megapixel and 12-megapixel dual rear camera along with an 8-megapixel front facing camera.

The device was listed at TENAA with the images and specifications such as a 5.7-inches QHD AMOLED dual curved edges display with 2560 × 1440 pixels resolution, a 1.95GHz octa-core MediaTek Helio P10 processor that comes with a true octa-core 64-bit Cortex-A53 CPU and a dual-core 64-bit Mali-T860 GPU, 6GB of RAM, 128GB of inbuilt storage capacity, Android 6.0.1 Marshmallow OS out of the box and dual-SIM.

Further it was listed with a dual rear camera setup with a 12-megapixel and a 13-megapixel lenses having a dual-tone LED flash. Other features includes an 8-megaixel front facing camera and a massively large 7000mAh battery that is expected to give more than 5 days of backup. Connectivity options like 4G LTE with VoLTE, 3G, Infrared, Bluetooth, Micro USB, WiFi will be available and a fingerprint scanner is also available on the front panel of the device. It measures 155.2×77.6×10.65 mm and weights 230 grams. Color options includes Black only.