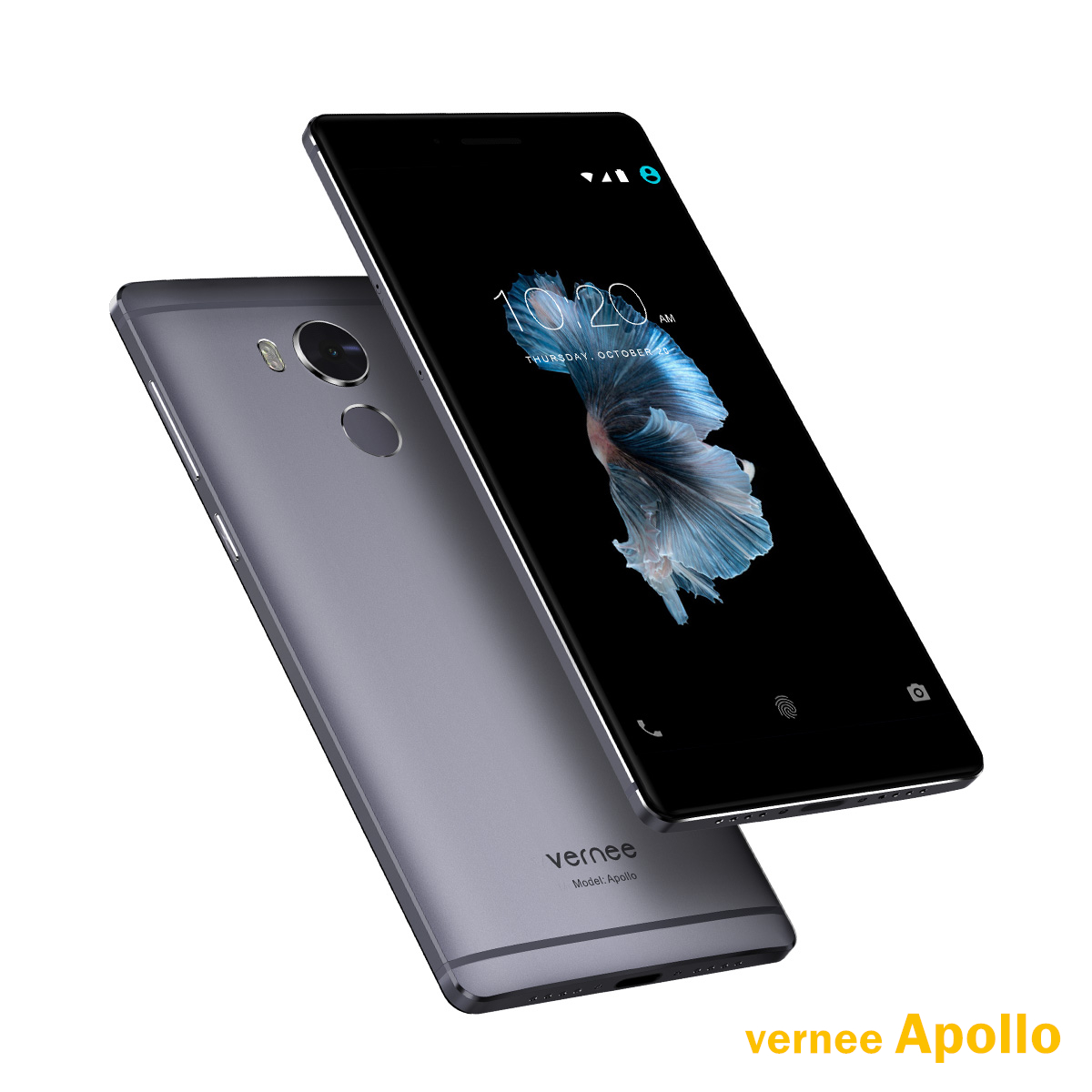 We have already heard about the Vernee Apollo Lite smartphone that comes with impressive specifications and comes with an affordable price tag. Now, Vernee has announced its new smartphone Vernee Apollo that will features a qHD display and a MediaTek processor. The device comes with a metal unibody design and an attractive design. The device will start shipping in December as per the company but the price of the device is still unknown at the moment. The Vernee Apollo has already been showcased by the chip maker Mediatek at GITEX 2016 Exhibition in Dubai.

According to the news available, the Vernee Apollo will feature a 5.5-inch 2K 3D Touch display with Quad-HD resolution of 2560×1440 pixels and 541ppi. It will be powered by a 2.5GHz deca-core MediaTek Helio X25 (MT6797T) processor with Mali-T880 GPU. This device will have 4GB of RAM and 64GB eMMC 5.1 internal storage capacity. 6GB RAM variant of the device is also expected to launch soon that will have 128GB of internal storage and another 128GB MicroSD card expandable storage slot.

It will feature a 21-megapixel SONY IMX230 sensor on the rear side with a LED flash and an 8-megapixel front facing camera. The Vernee Apollo will be the first MediaTek device to support a VR headset. A wound shaped fingerprint scanner will also be available on the rear side of the device. The official images shows the device from all the sides with the power and volume buttons on one side and the VR headset.