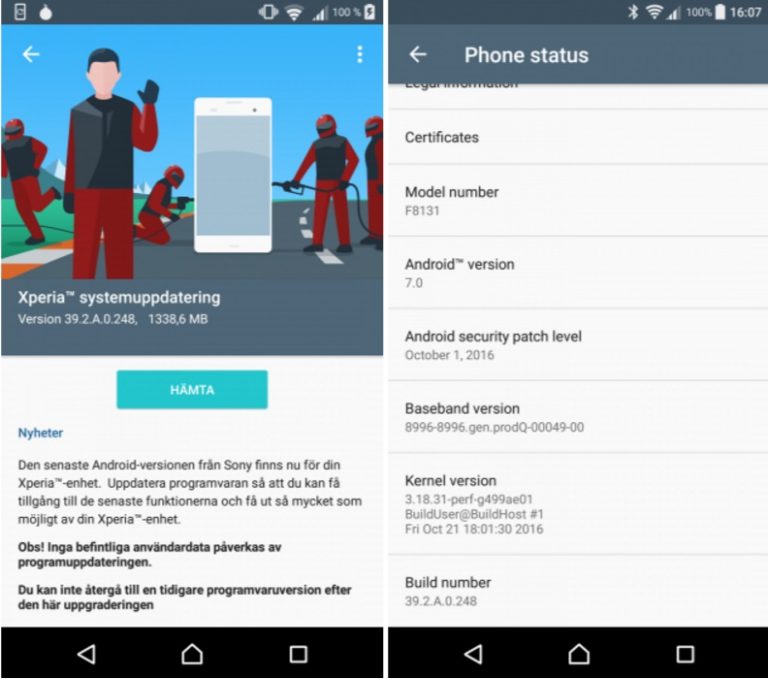 Sony has started pushing the Android 7.0 Nougat beta firmware update to its Xperia X performance devices with single SIM option and model number F8131 in some select regions. This new update brings the new firmware version 39.2.A.0.248 with 1st October security patch and weights around 1.4GB, so if you have got the update notification, make sure your device has enough battery available and you are connected to a WiFi network. This new update brings new features and new UI for the Xperia X Performance devices that we discuss in the article.

This update will be available soon for the Xperia XZ devices but we don’t know when it will be rolled out by the company. Sony has already confirmed that it will roll-out the Android Nougat update to the Xperia X performance and Xperia XZ devices first. This beta version is rolling out to the devices whose owners have pre registered to get the beta version of the Android 7.0 Nougat OS. The stable version of the OS is also expected to roll out soon.