Oppo R9s and R9s Plus to launch on October 19th 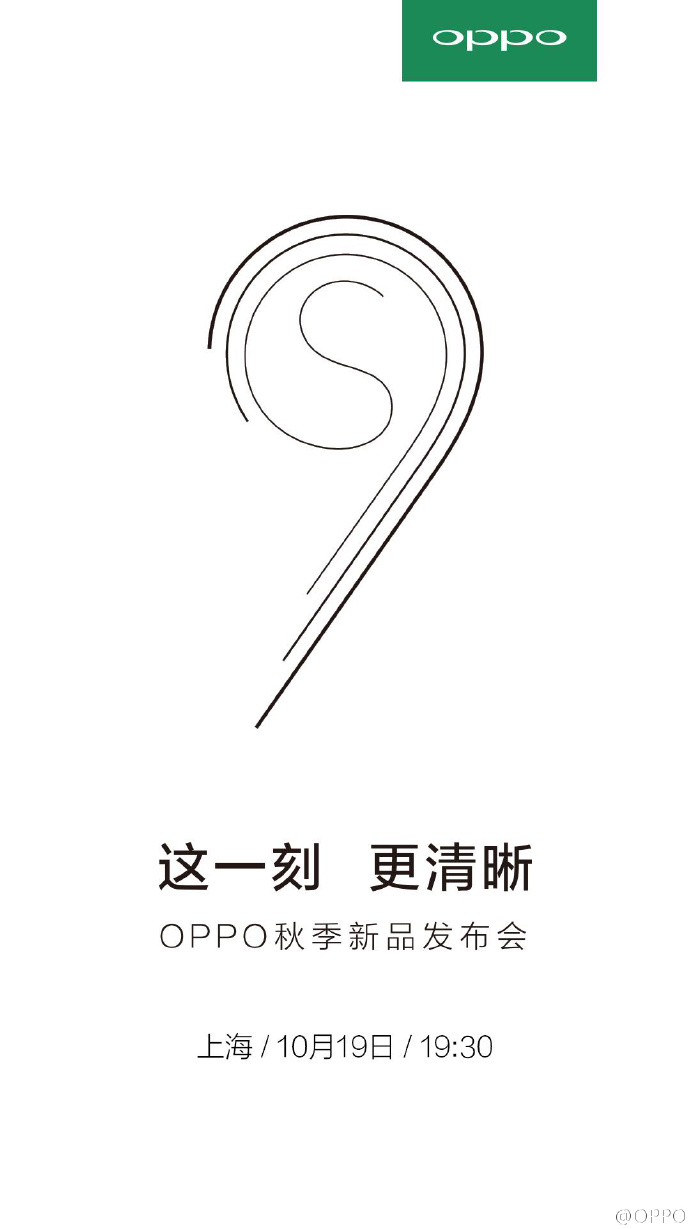 Oppo has just confirmed via their official weibo account that they will launch their upcoming smartphones Oppo R9s and R9s Plus in its 19th October in an official event in Shanghai. The invites are already sent out in China and the company is also running a TV commercial in China for the Oppo R9s. The new Oppo R9s and R9s Plus will be the successors to the Oppo R9 and Oppo R9 Plus that were launched back in March this year in China. Both will feature mid-range specifications as per the teasers from the company.

A teaser from the company confirms that the Oppo R9s will debut with Sony’s new IMX398 sensors having 16-megapixel dual-pixel cameras combo on rear and front side with f/1.7 aperture. The IMX398 sensor will be the newest version of the Sony camera lens as Sony is currently using Sony IMX300 lenses in its Xperia phones. The Oppo R9s will have a bigger battery and more RAM than the Oppo R9 and R9 Plus.

The Oppo R9s is expected to be powered by the octa-core Qualcomm Snapdragon 625 processor with 4GB of RAM and 64GB of inbuilt storage capacity. It will also offer a large 3010mAh battery with VOOC fast charge feature. It will also have support for Cat. 7 LTE network as per the rumors. Other specifications of the device are still a mystery and we have to wait for more leaks or official unveiling for the full details of both the devices.

Here is the Oppo R9s commercial running in China that feature Oppo R9s: