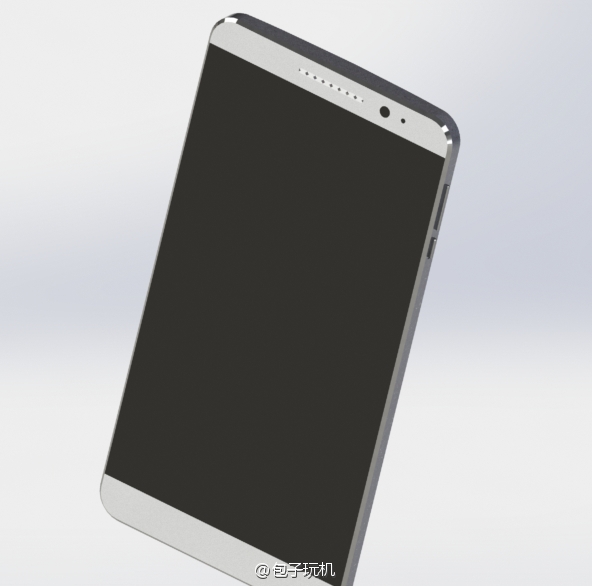 Huawei next Mate 9 flagship may pop sooner than we expected, perhaps in September, if the leaks we’re getting is anything to go by. The Huawei Mate 9 has again been spotted in leaked image renders posted online which reveals a great deal of features that would be on the smartphone.

Of the set of images posted, only one looks like a real image while the other looked like 3D image prototypes of the device. Unfortunately, the real renders only revealed distinctly, the rear region of the alleged Mate 9 and we could see the vertically arranged dual camera set up, with the LED flash sitting next to them. There is also a fingerprint sensor just underneath the dual cameras. All other details are blurred.

The specs of the dual camera sensors are still not revealed and neither do we know if the camera will be made by Leica .

Apart from the dual camera set up at the rear, the Huawei Mate 9 is also rumored to feature a Kirin 970 processor. The device is also likely to come with support for super fast charge which could charge the 3000mAh battery up to 50% in five minutes.

Earlier on, the GFXBench appearance revealed the expected flagship will sport a 5.9-inch display having a resolution of 1929 x 1080pixels and will run on Android 7.0 Nougat. In addition, the Huawei Mate 9 will pack 4GB of RAM and 64GB of storage on-board.

On the camera aspect, the GFXBench data showed the device will sport a 12MP rear facing camera and an 8MP front facing camera.