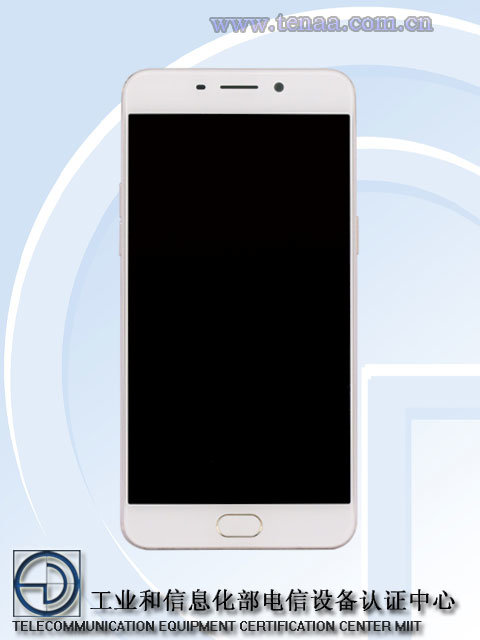 China’s second largest smartphone maker OPPO’s next smartphone, the OPPO R9s has been certified by China’s regulatory agency TENAA and could hit the market any time soon.

The OPPO R9s is a follow up to the highly successful OPPO R9 smartphone which saw the sales of OPPO’s smartphones more than double for both the first and second quarter of 2016. The TENAA listing only gave little details about the device listed as OPPO R9km, but the accompanying image render shows some similarity in design to the expected OPPO R9s which had earlier been teased.

The Oppo R9s is also said to feature a thin metal body just like the R9, , with a 2500mAh battery which will come with a new super VOOC fast charging feature that can charge the battery full in 15 minutes. But the main difference between the two phone models is that Oppo R9s will be powered by a Qualcomm Snapdragon 625 chipset instead of the MediaTek Helio P10 found on the R9 model.

The Snapdragon 625 processor uses 14nm process which is said to give the R9s a top of the pack performance and provide power efficiency and there is an Adreno 506 GPU which powers the graphics. The Oppo R9s also supports Cat. 7 LTE network and comes with Quick Charge 3.0 in addition to its latest VOOC super fast charge feature.

The smartphone is said to hit the market anytime in September ahead of China’s National Day which is October 1. No word yet on the likely price tag of the R9s.