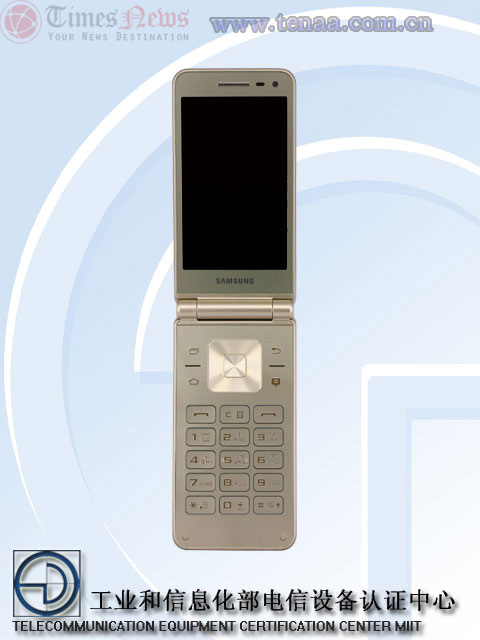 Samsung is expected to launch its new Android-powered clamshell device known as Galaxy Folder 2 smartphone soon as the device has got the approval from WiFi, FCC and other organizations already. The device has now got the TENAA approval too which means the launch may be near and obviously it will be launched first in China and Korea. The TENAA listing doesn’t have any specifications details of the device that may be visible in the next few days.

The GFXBench listing confirms some of the specifications of the device. It lists the device with a 3.8-inch WVGA display with 800 x 480 pixel resolution. It is powered by the 1.4GHz quad-core Snapdragon 425 processor with Adreno 308 GPU and has 2GB of RAM. It comes with 16GB inbuilt storage capacity and will also have microSD card expandable storage capacity up to 200GB. It runs on the Android 6.0.1 Marshmallow OS out of the box.

The Galaxy Folder 2 features an 8-megapixe rear camera with LED Flash and a 5-megapixel front-facing camera. Other features includes 4G LTE, WiFi 802.11 b/g/n, Bluetooth, GPS and other standard connectivity options as well. The FCC approval listing confirmed a 2000mAh battery too. The Galaxy Folder 2 will be the successor to the Samsung Galaxy Folder launched in Korea for around $253 and we can expect the similar pricing for the Galaxy Folder 2 as well.