GIONEE GN8003 got the TENAA approval, Is it the Gionee M6 launching on July 26 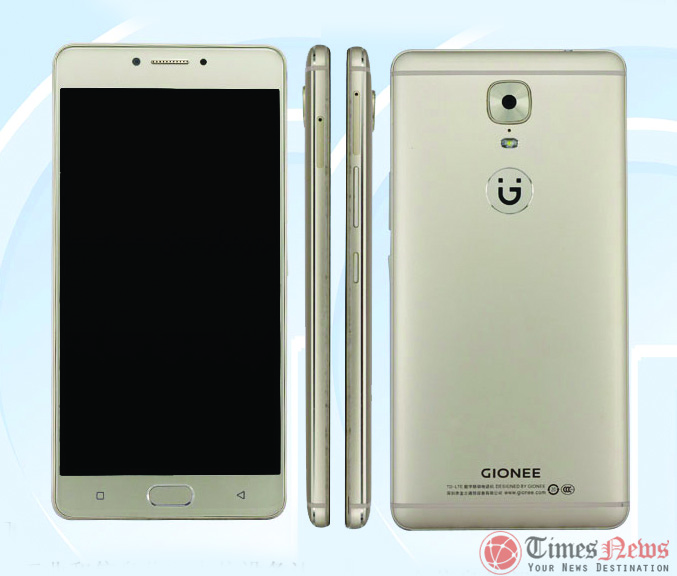 Gionee is going to hold an official event on July 26 where it is expected to announce its new Gionee M6 smartphone along with the Gionee M6 Plus. In a new teaser posted by Gionee President Lu WeiBing on their weibo account, comes with the device itself along with the launch date July 26. The device in the official teaser matches with the device we just spotted at TENAA. The Gionee M6 has also got the TENAA approval and is listed with the model number GIONEE GN8003 on TENAA revealing all the specifications and images. The large variant of the M6 called the M6 Plus has not yet got the TENAA approval, for which we may have to wait more.

The TENAA listing for the GIONEE GN8003 confirms a 5.5-inch Full HD AMOLED display with 1920 × 1080 pixels resolution. It is powered by a 1.8GHz octa-core snapdragon 652 processor with 4GB of RAM and 32GB inbuilt storage capacity and with no expandable storage slot. It runs on the Android 6.0 Marshmallow OS out of the box. The leaked images comes with side mounted volume rocker buttons and the power button. The device is expected to support Dual SIM.

It features a 13-megapixel rear LED flash camera with an 8-megapixel front facing camera. It gets powered by a large 5000mAh battery and comes with connectivity options like 4G LTE with VoLTE support, 3G, 2G, Bluetooth, USB, WiFi etc. It measures 152.3 × 75.3 × 8.4 mm and weights 185 grams. It is listed in Golden color option in the TENAA listing. It comes with a physical home button and that may be having the embedded fingerprint scanner as well.

The leaked inages shows the device with a rear camera lens having a golden ring around the lens making it a premium looking device. The battery of 5000 mAh is looking perfect for a device having a 5.5-inch display. All the eyes are now on the company which will decide the pricing for this device. We are around 20 days away from the official event where we might see the launch of the Gionee M6 and M6 Plus devices. Stay tuned.